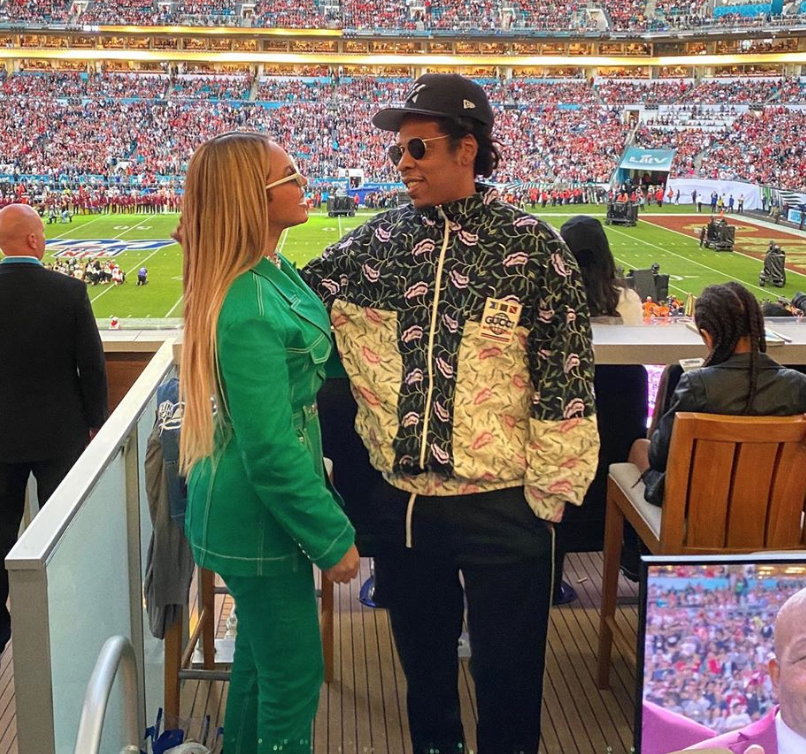 Jay-Z has responded to claims that he and Beyoncé staged a protest during the national anthem at this year’s Super Bowl.

The couple and their eight-year-old daughter Blue Ivy were caught sitting down during Demi Lovato’s performance of The Star Spangled Banner on Sunday.

Rumours were rife that they were showing their support for former NFL player Colin Kaepernick, who famously kneeled during the national anthem in protest against racial inequality.

However, Jay-Z has since denied reports that they were trying to make a statement by not standing during Demi’s performance.

In a video obtained by TMZ, the famous rapper was asked if they were attempting to send a message, and he replied: “It actually wasn’t. Sorry. It really wasn’t.”

Jay-Z was employed by the NFL this year to produce all the musical performances at Sunday’s Super Bowl, and explained that before Demi came out to sing the national anthem, he jumped into “artist mode” and was concerned about the sound levels being too low.

He said: “And then right after that, Demi comes out, and we’re talking about how beautiful she looks and how she sounds, and what she’s gone through in her life for her to be on the stage and we’re so proud of her.”

The father-of-three said him and Beyoncé staying seated during the performance “just happened”.