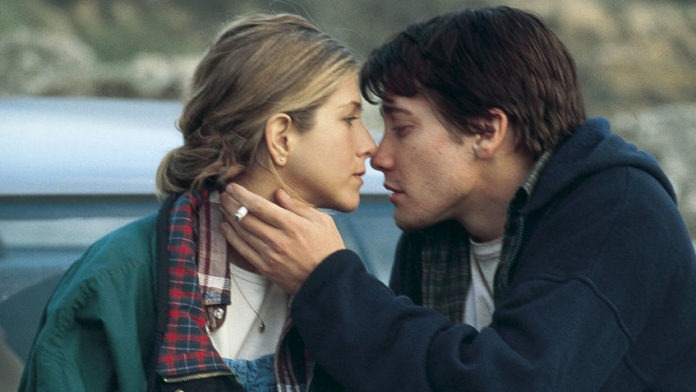 Jake Gyllenhaal has revealed why it was “torture” to film love scenes with Jennifer Aniston for their 2002 film The Good Girl.

The pair played on-screen love interests in the comedy-drama, which Jake found difficult as he had a very real life crush on the Friends star.

Speaking about filming all those love scenes with Jennifer on The Howard Stern Show, the 40-year-old said: “Oh yeah, it was torture, yes it was.”

“But it was also not torture. I mean, come on, it was like a mix of both,” he confessed.

However, Jake pointed out the “mechanical nature” of filming love scenes helped him keep his cool.

“Weirdly, love scenes are awkward, because there are maybe 30, 50 people watching it? That doesn’t turn me on. It’s oddly mechanical,” he said.

“And also it’s a dance, you’re choreographing for a camera. You can get in it but it’s like a fight scene, you have to choreograph those scenes.”

The actor also admitted they placed a pillow between them, which was apparently Jennifer’s suggestion.

“I do remember a pillow. Yeah, the pillow technique was used. That was just preemptive, and used — generally, always — when actually in a horizontal place in that movie,” he said.

“I think that was actually a Jennifer suggestion. I think she was actually very kind to suggest it before we began… She was like, ‘I’m putting a pillow here.’ That was it, that was all she said.”