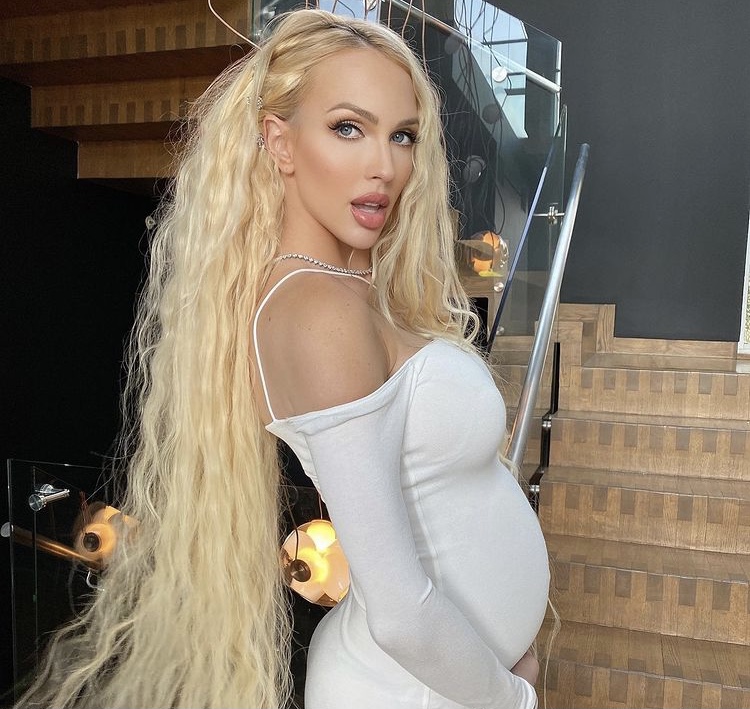 The Selling Sunset star is expecting her first child with her husband Christian Richard, and will document her pregnancy in the upcoming season of the hit Netflix show.

Ahead of the birth of her first child, the 32-year-old enjoyed an jungle-themed baby shower in Los Angeles – complete with real life animals including sloths.

The mum-to-be stunned in a sparkly feathered dress on the night, and took to her Instagram Stories to share photos and videos of the event with her 1.7million followers.

From a ‘Baby C’ cake to cocktails including the ‘Passion Fruit Placenta’ and the ‘Baby Momma Mojito’, the reality star pulled out all the stops for the special occasion. 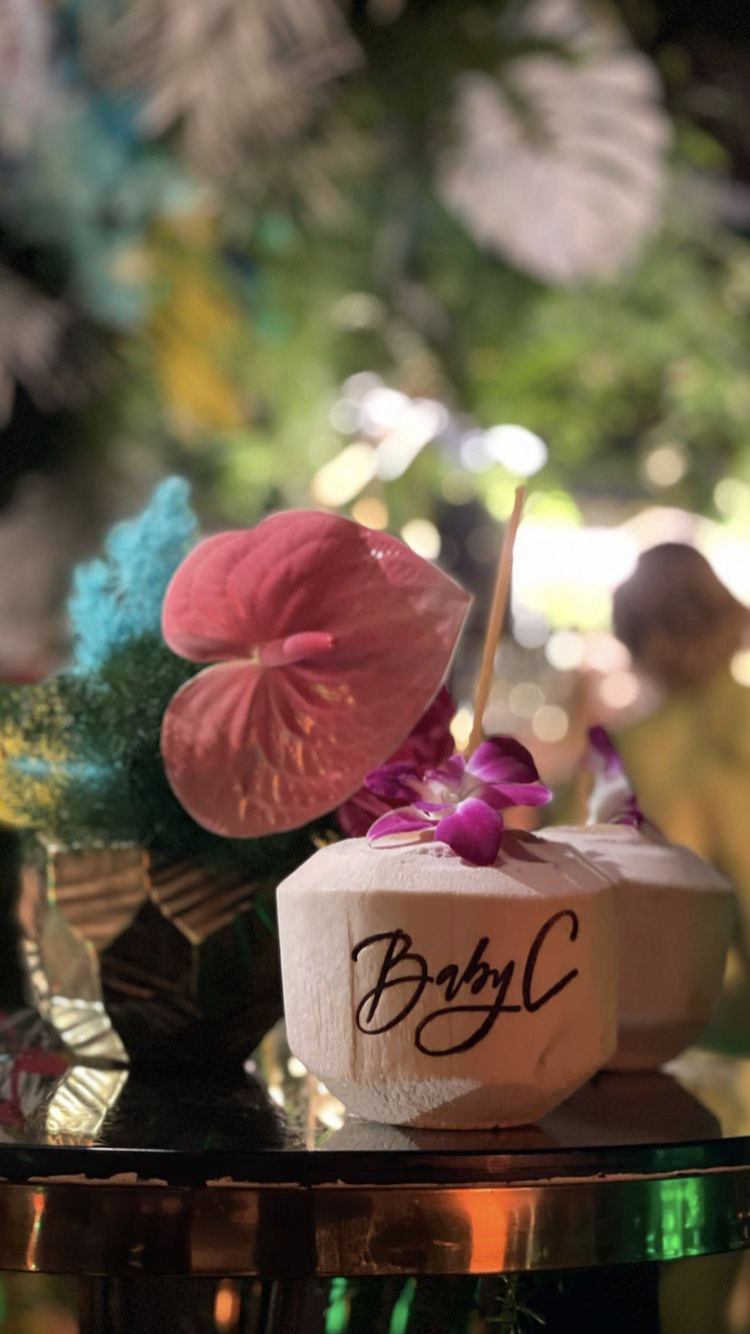 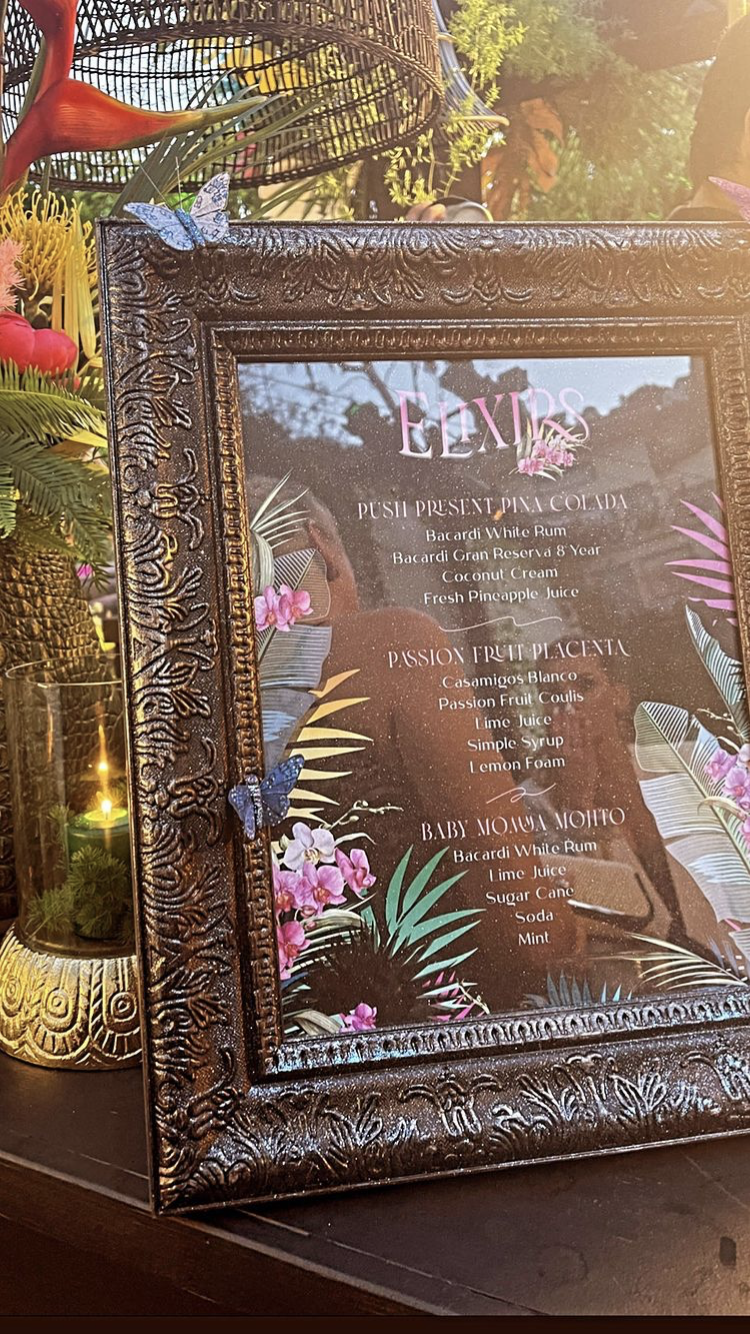 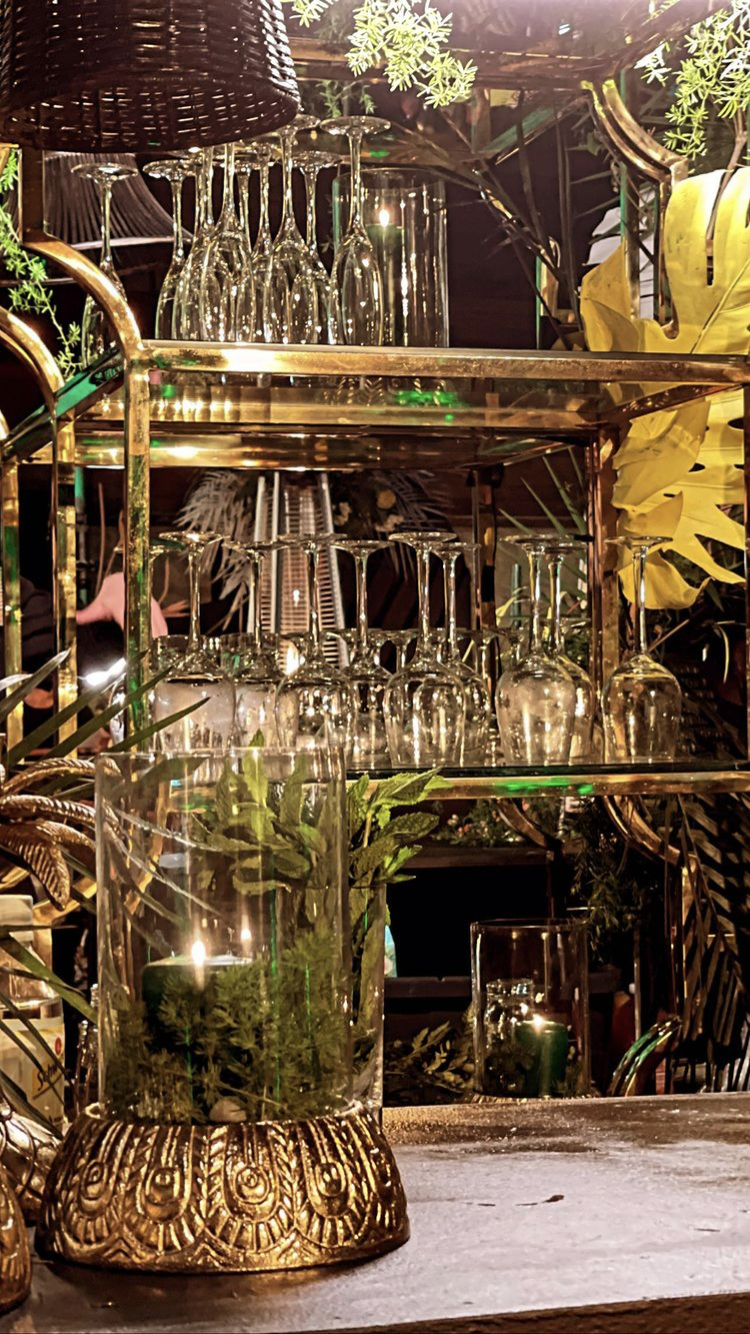 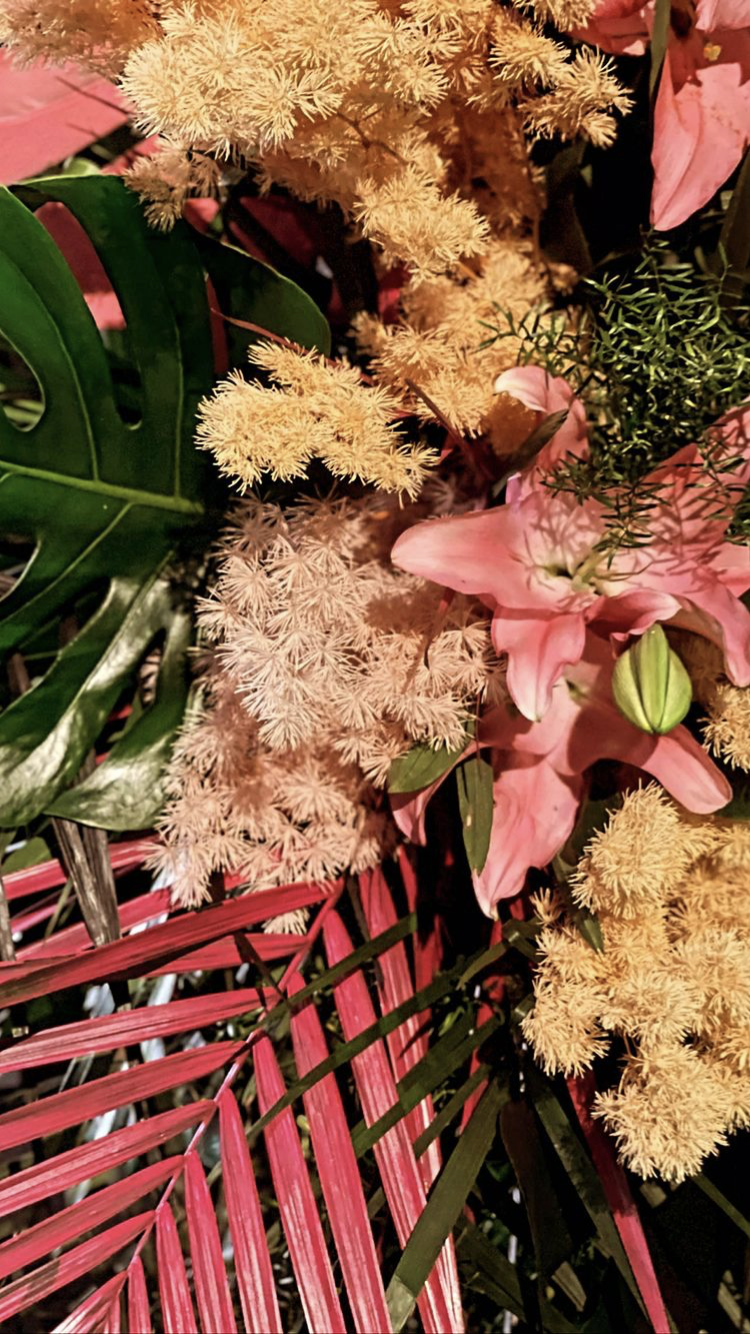 None of Christine’s Selling Sunset co-stars shared photos from the event so it is unclear if any of them attended, but cameras were present at the shower.

Christine previously slammed her co-stars for “not supporting” her pregnancy, after Maya Vander was the only one who commented on her pregnancy photo by PEOPLE magazine.

In a video posted on TikTok, Christine searched for likes and comments from the Selling Sunset cast, to the song ‘Loyal’ by Chris Brown.

The star searched for Mary Fitzgerald, Heather Rae Young, and Chrishell Stause’s names in her likes, but none of them appeared. 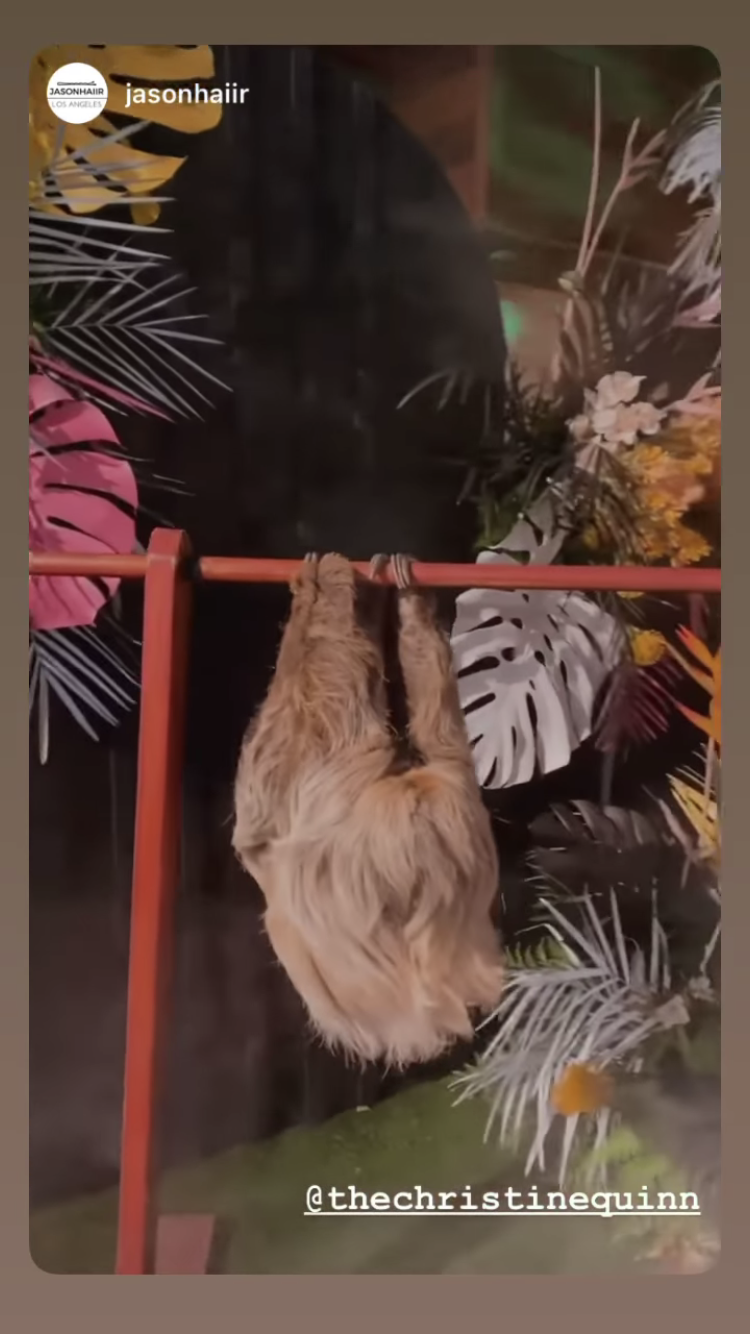 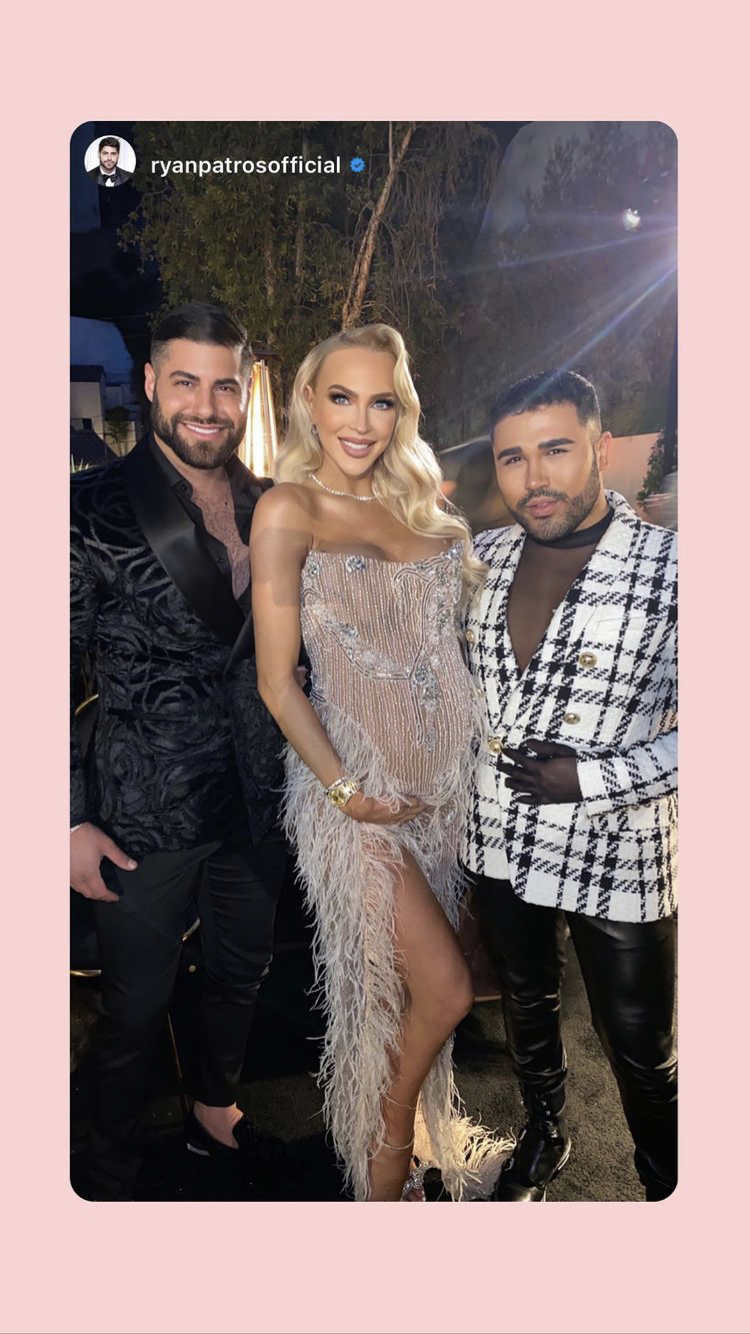 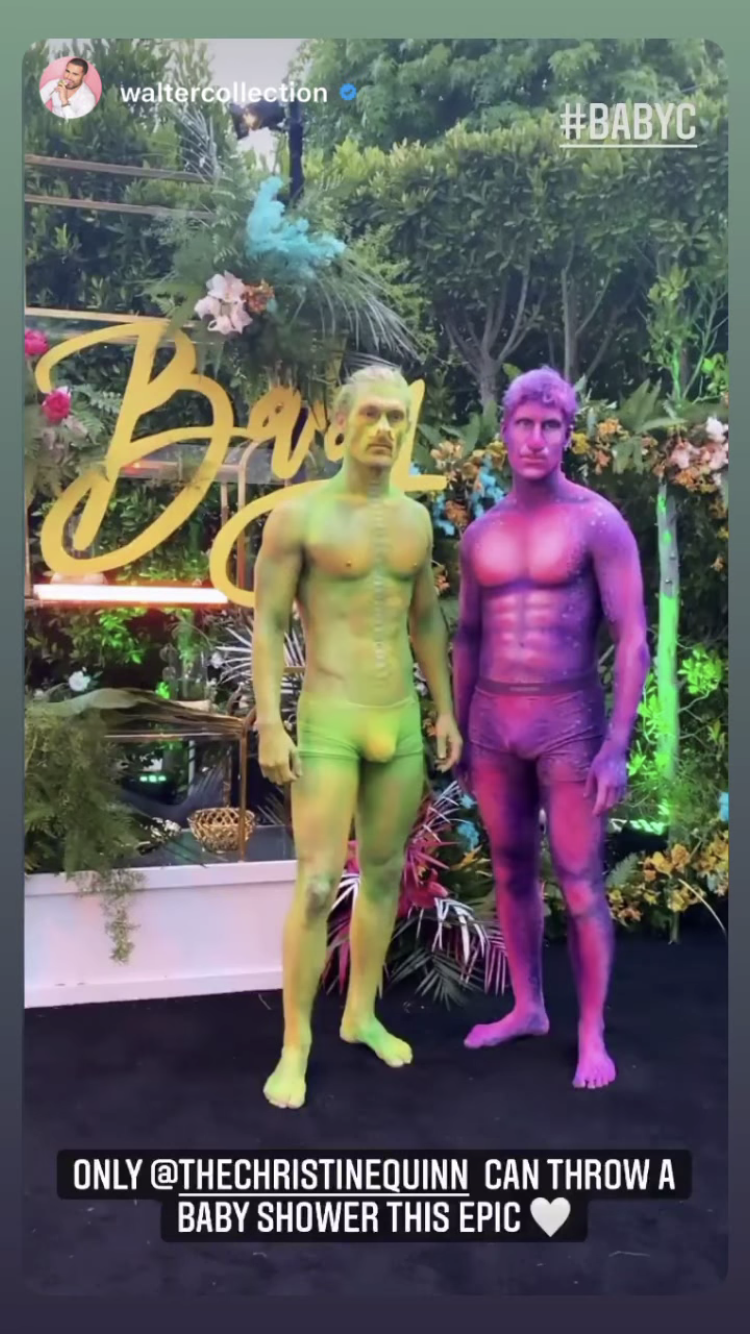