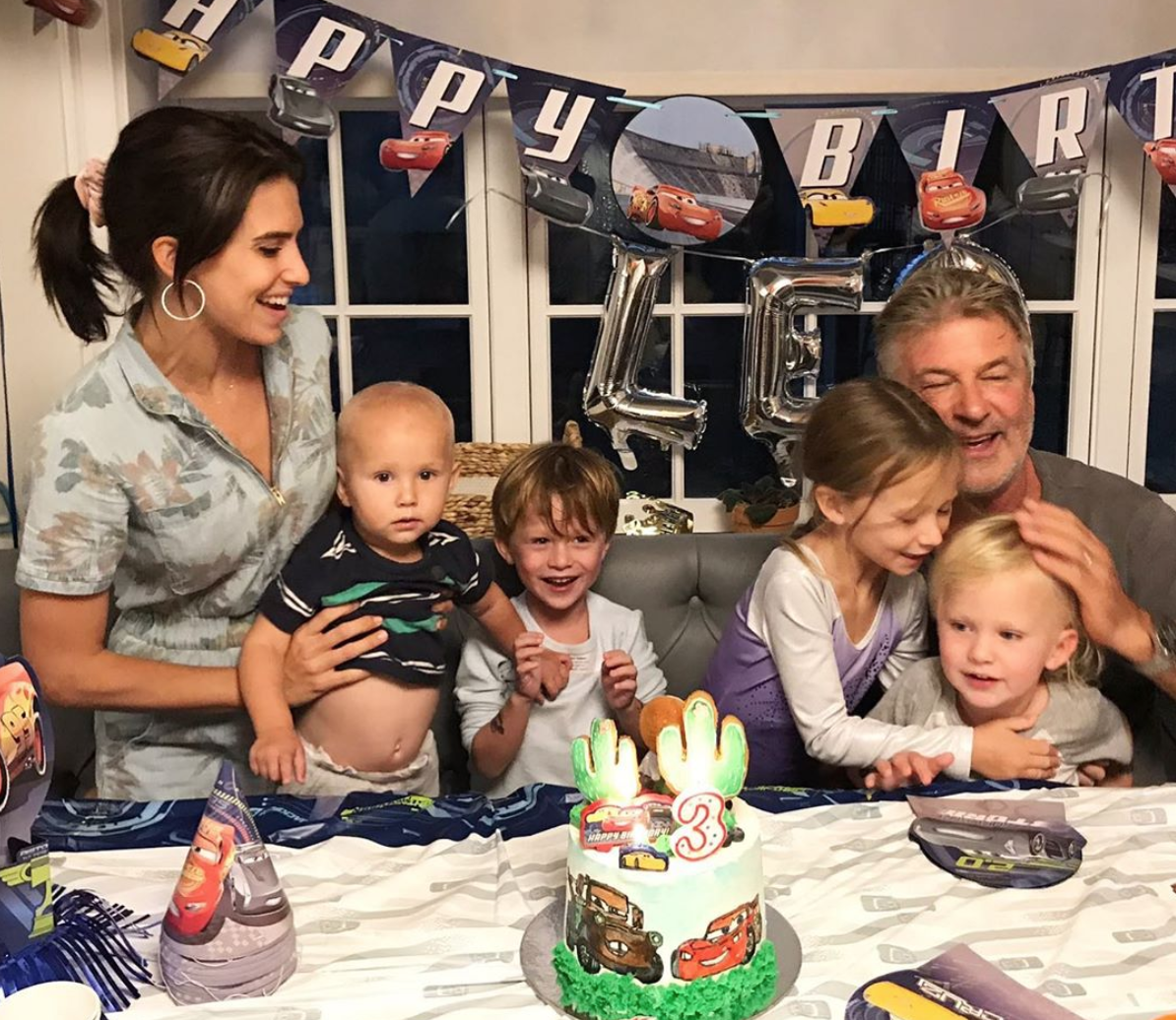 Hilaria Baldwin has revealed she has had “heart wrenching” conversations with her children, following the fatal shooting on the set of Rust.

In October, her husband Alec accidentally misfired a prop gun on the set of his movie in New Mexico, killing the film’s cinematographer Halyna Hutchins and injuring director Joel Souza.

Hilaria, who married the actor in 2012, took to her Instagram Stories on Tuesday to open up about the recent conversations she’s had with their six children.

The 37-year-old wrote: “I’ve had to have some conversations, explaining recent events to my oldest children recently. You can imagine how heart-wrenching it has been.”

“I’m grateful to The Child Mind Institute, for guiding me. I’m grateful to my friend, Anne, for encouraging me to reach out to them. Sometimes, I just freeze, knowing I’m the adult, who must guide my family, but so lost as what the right direction is.”

“There is no manual we are provided. Sometimes I catch myself, surprised that I’m in the adult position and I’m like: shouldn’t I know what to do???”

“I’m grateful for this book I will post next. All of these have helped me explain the tremendous sadness and heartbreak to my children.”

“You have no idea how much all of your kindness, love and support mean. Yes, you who are reading this. I know how lucky I am to have you.”

Hilaria then shared a snap of the book ‘It’s Okay Not To Be Okay – Adults Get Big Feelings Too’, which she credits for helping her explain the tragedy to her children. 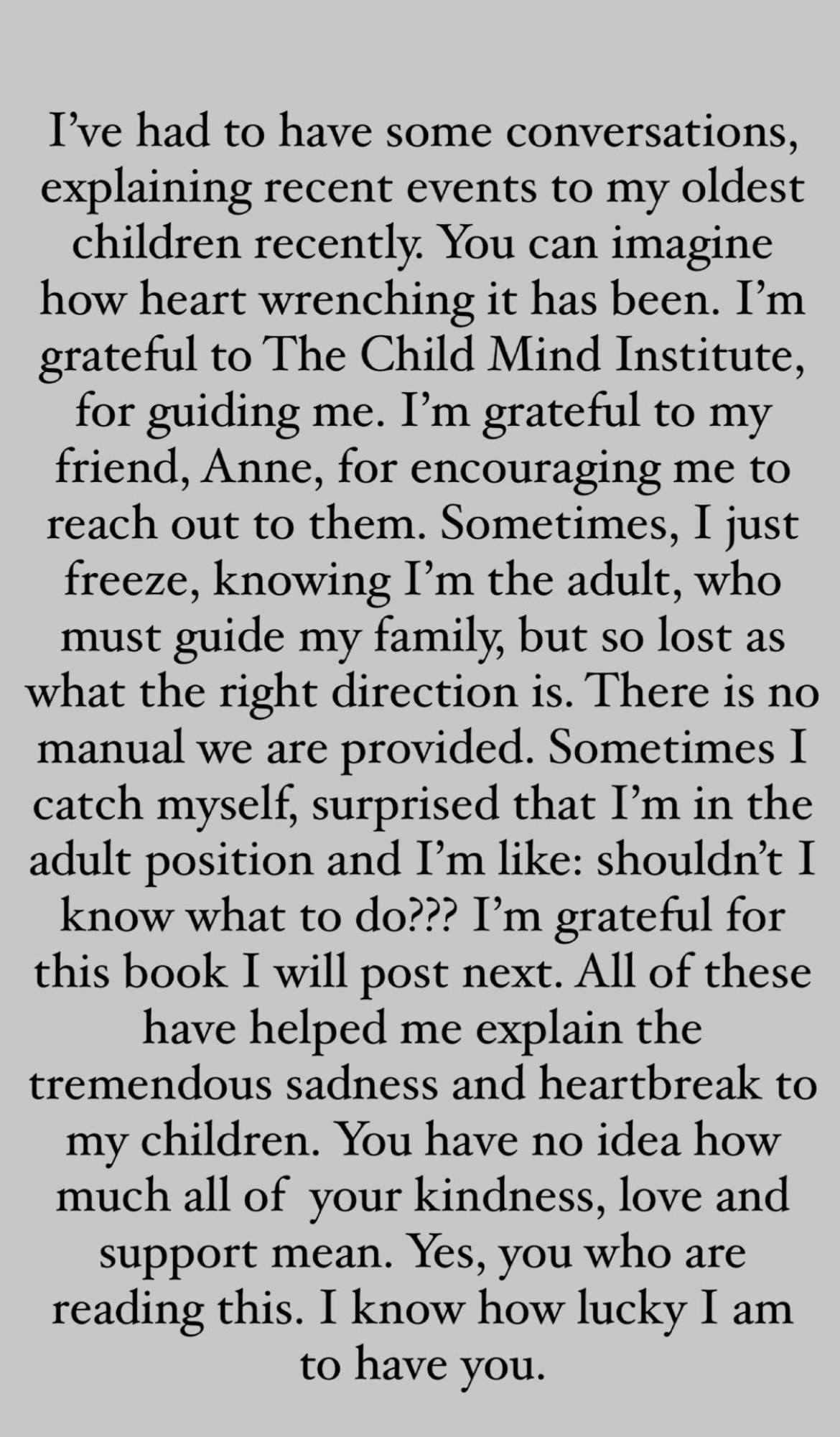 Officers were called to the Bonanza Creek Ranch in New Mexico, where the incident occurred, at about 1.50 pm on October 21 after receiving the 911 call.

Halyna, 42, was transported via helicopter to University of New Mexico Hospital, but was later pronounced dead. Joel, 48, was treated for his injuries at Christus St. Vincent Regional Medical Center, and was later released.

Authorities said assistant director Dave Halls had handed the weapon to Alec and announced “cold gun”, indicating it was safe to use.