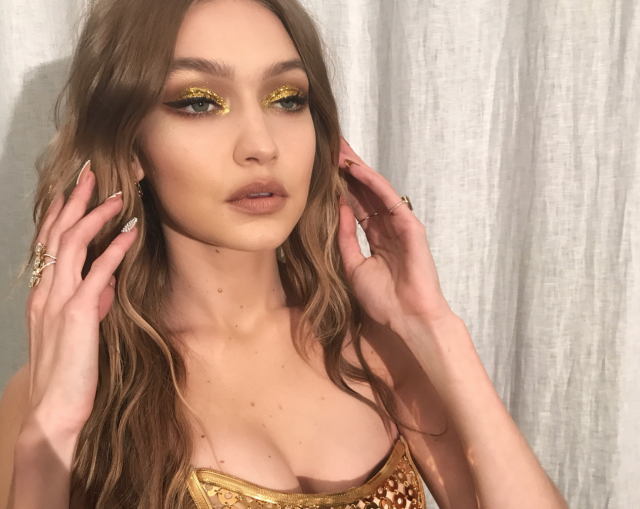 Gigi Hadid celebrated her 23rd birthday on April 23rd in NYC beside her family and friends.

Not to be outdone, mom Yolanda wowed in a similar gold long sleeve mini dress with a sleek, tight ponytail.

While he showered her in birthday love on his Instagram, the real estate developer has come under fire as of late because of date rape accusations from model Miranda Vasquez.

You know I had to show some makeup lol 😂 but truly G, love you and beyond.❤ happy birthday kiddo 🙏🏻 23

However, the accusations were mostly discredited when a video was released in which the model is heard saying she has “nothing” on him.

The 69-year-old has adamantly denied the claims. and filed court papers in response to her accusations, calling the woman a “pathological liar.”