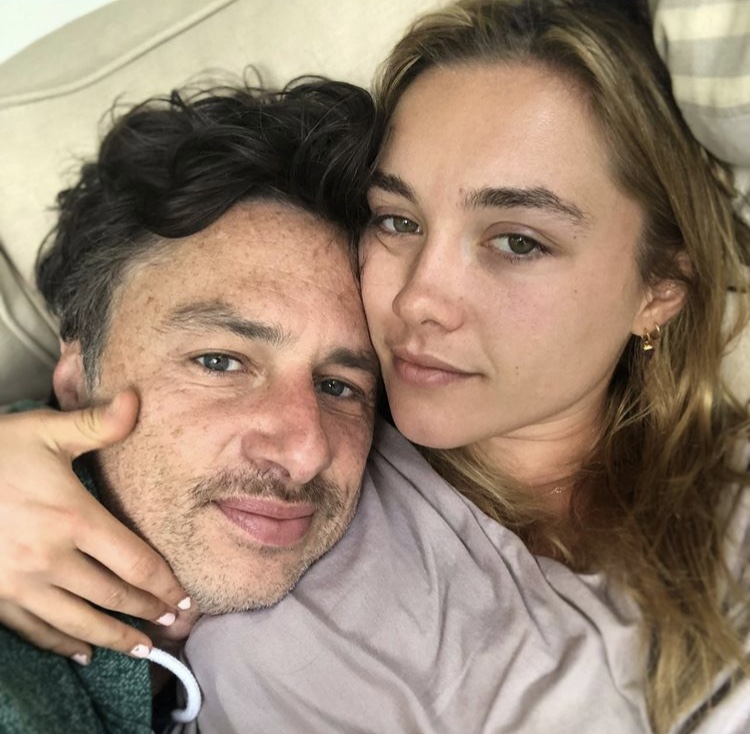 Florence Pugh has gushed over her boyfriend Zach Braff in a sweet birthday tribute post.

The actor, best known for his role as JD in Scrubs, turned 46 on Tuesday.

Florence, who has been dating Zach since 2019, shared a series of snaps of her beau to Instagram to mark the occasion, writing: “It’s this magical persons birthday.”

Referencing the couple’s dog, the actress said: “A year ago we got Billie three days before Zach’s day and she’s flopped on her back for tummy tickles from him like this ever since.”

“His need to make people laugh and smile is never ending, his constant generosity and love for others is infectious, his creativity and ability to put real and honest words onto the page inspires many and all who’s around him, but above all.. his appreciation for life and excitement for LIVING is something I always take note of.”

Florence has previously defended her relationship with Zach, after many criticised the large age gap between them.

While appearing on the cover of Elle UK’s June issue, the Little Women star said: “I have the right to hang out and be with and go out with anyone I want to.”

“I’ve always found this part of what people do really bizarre. I’m an actor because I like acting and I don’t mind people watching my stuff, but people have no right to educate me on my private life.”

“I know that part of being in the spotlight is that people might invade your privacy and have opinions on it, but it’s bizarre that normal folk are allowed to display such hate and opinions on a part of my life that I’m not putting out there.”

“It’s a strange side of fame that you’re allowed to be torn apart by thousands of people even though you didn’t put that piece of you out there.”

“My point to all this is that isn’t it odd that a stranger can totally tear apart someone’s relationship and it’s allowed?” she added.

The couple recently sparked rumours they secretly tied the knot, after Zach was spotted wearing a gold band on his wedding finger.