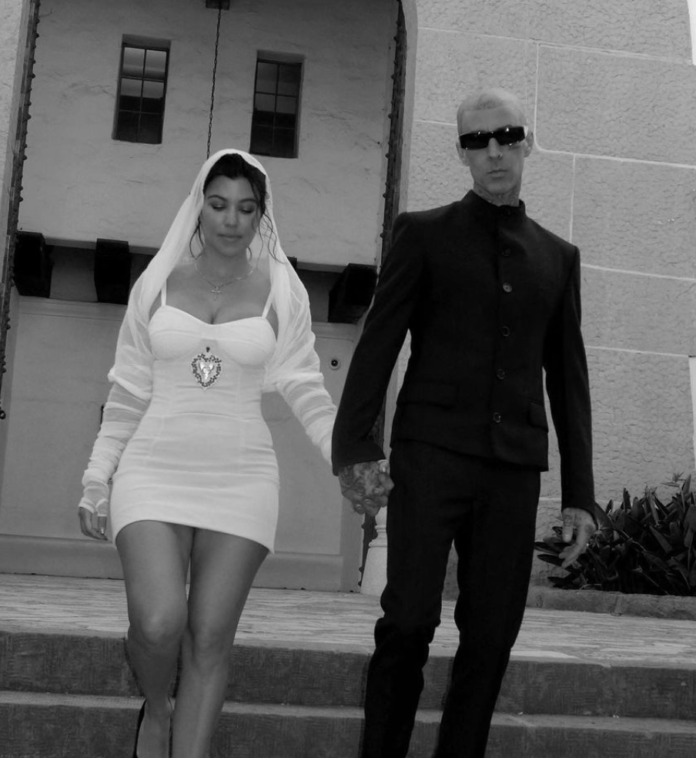 Fans of Kourtney Kardashian have spotted a clue that she’s changing her name, following her marriage to Travis Barker.

The couple legally wed at a courthouse in Santa Barbara on Sunday, just one month after their “practice wedding” in Las Vegas.

Eagle-eyed fans now believe the reality star is planning on changing her name to Kourtney Barker.

Taking to Instagram on Thursday, the POOSH founder shared a snap of a cookie that read “Mr + Mrs Barker” in dark red icing.

Another fan agreed, “Yeah she seems all in lol,” while a third person theorised: “I think she’ll do a hyphenated version. Kardashian-Barker or vice versa.” 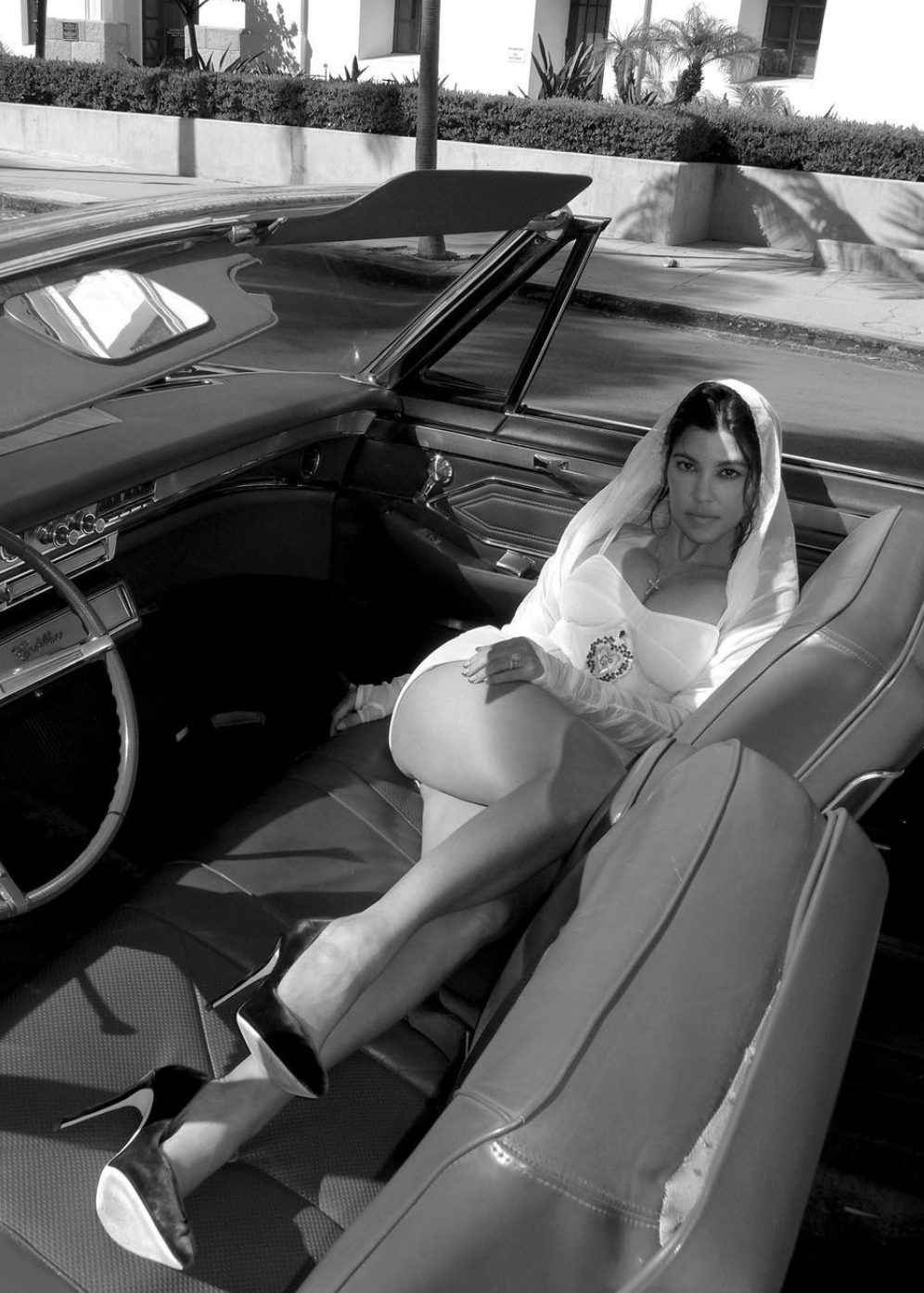 However, another fan suggested: “I think Kourtney loves her dad too much to ‘give up’ his last name. I see her as forever wanting to honour home. I bet she’ll hyphenate.”

While the couple are now legally husband-and-wife, Kourtney and Travis will exchange vows once again at a star-studded wedding in Italy in the coming weeks.

A source told PEOPLE: “They had to legally get married first ahead of their big Italian wedding, which is happening very soon.” 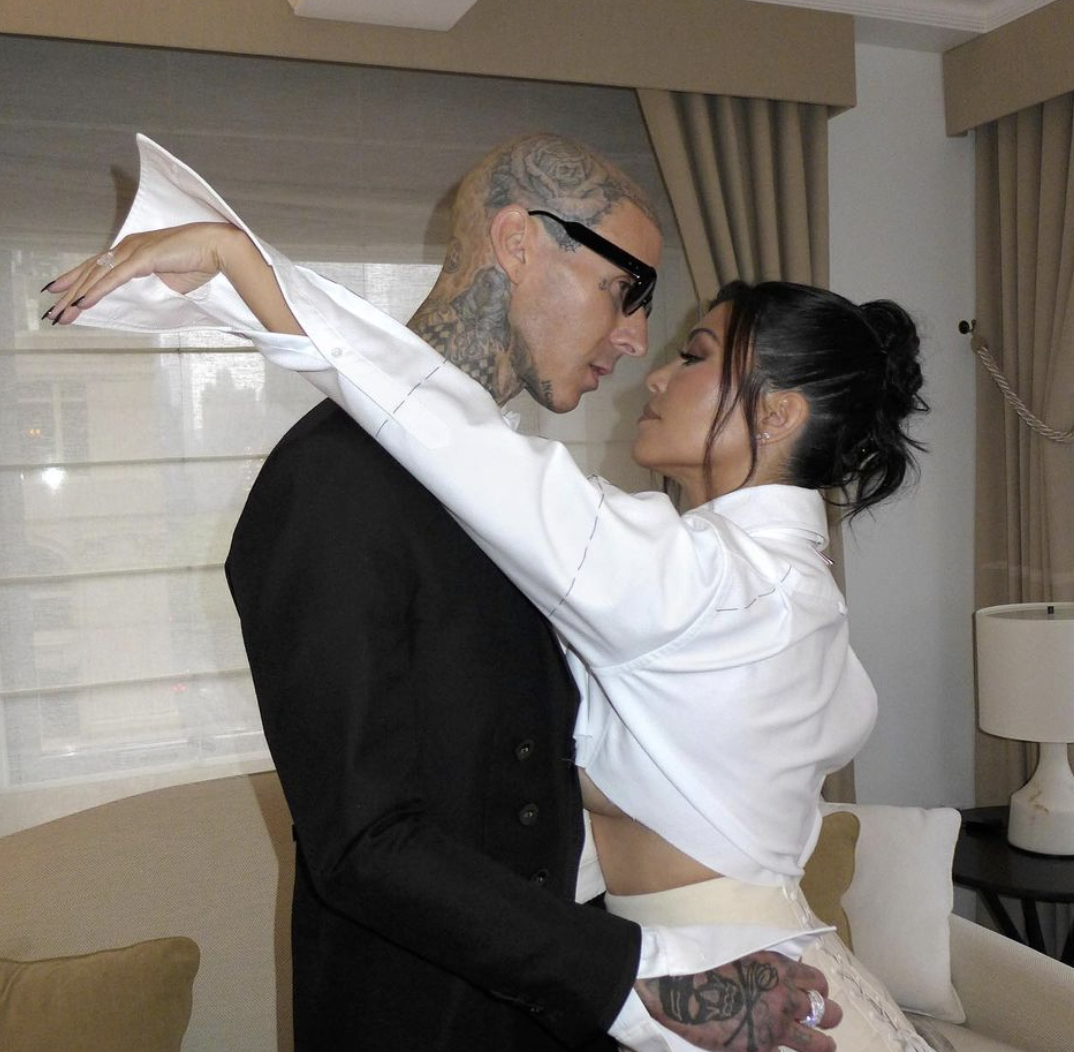 The insider added: “All the details are set and the whole family, including all the kids, are very excited.”

Kourtney and Travis started dating at the end of 2020, and got engaged last October on a beach in Santa Barbra.

Last month, the couple got married in a Las Vegas chapel after the Grammy Awards, but the wedding was not official as they did not obtain a marriage certificate. 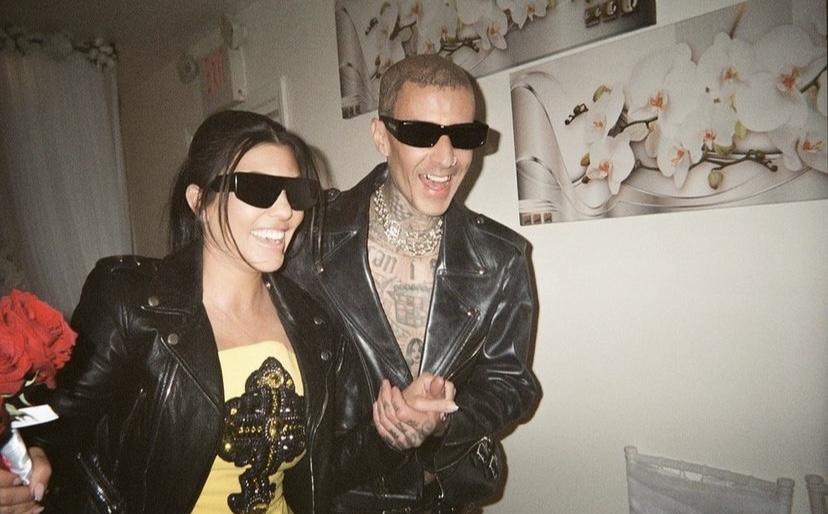