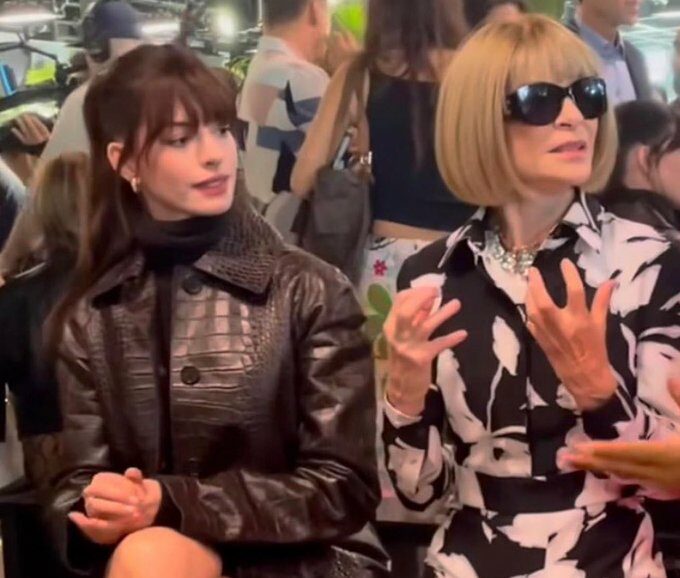 Anne Hathaway sat next to Anna Wintour at a New York Fashion Week show, and fans are freaking out.

The actress joined the Vogue editor-in-chief in the front row at Michael Kors’ Spring/Summer 2023 show on Wednesday.

Anne famously played Andy Sachs in the 2006 film The Devil Wears Prada, which featured a character named Miranda Priestly – who was heavily inspired by Anna Wintour.

The film followed Andy as she navigated the trials and tribulations of being an assistant to Miranda, the notoriously cut-throat editor of Runway magazine.

Meryl Streep portrayed Miranda in the movie, and her character was closely compared to Anna in real life.

It’s safe to say people are loving the fact that Anne and Anna were sitting together at NYFW, and fans couldn’t help but notice the actress was wearing a very similar outfit to one she wore at the end of the movie.

Anne Hathaway recreating one of her looks from The Devil Wears Prada while sat next to Anna Wintour is a moment that will be studied by historians pic.twitter.com/OkBlkDBq3p

anne hathaway referencing herself from the devil wears prada (17 years ago) while sitting next to anna wintour at fashion week… the grip she has on me pic.twitter.com/PSjod58WIG