Shawn Mendes has been criticized by fans for not speaking out in support of pop star Taylor Swift.

Taylor recently claimed that she is being “blocked” from performing any of her music recorded before 2018 by her old record label Big Machine Records which owns the copyright to the master recordings of the tracks.

Taylor only owns the rights to her newest album Lover.

She recently dropped a remix of the title track from the album, on which she collaborated with Shawn Mendes.

In her statement about Big Machine Records, Taylor asked her friends and followers to call out the alleged behavior of the record group and it’s owner Scooter Braun, who recently purchased the company for $300 million dollars.

Celebs such as Selena Gomez, Halsey and Gigi Hadid have leaped to her defense.

you were so quick to hop on to one of taylor’s most beautiful songs. she let you open her tour for her. and you keep talking about her but when she needs you, you are quiet. make it make sense @ShawnMendes

However, Shawn has not shared his thoughts on the matter, leading to him being called out by fans.

Though he hasn’t been publicly open about his support for Taylor Swift, he did post a photo to promote girlfriend Camila Cabello’s new music.

“So shawn mendes can publicly support his girlfriend but not support Taylor, one of his truest friends who helped build his career into the performer he is today..hmmm that sum bullsh*t to me,” one follower tweeted. 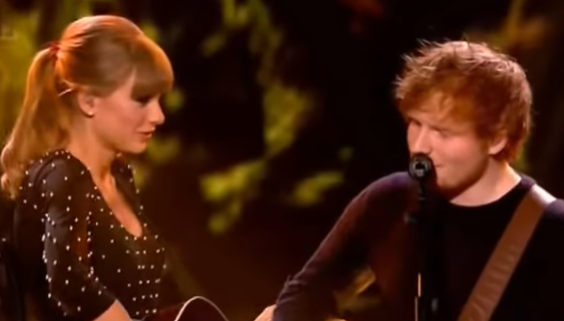 Others also criticized Ed Sheeran, who is known to be close to Taylor, for not speaking out.

“Can Shawn Mendes and Ed Sheeran say literally anything at all?”

“Why are the men whose careers Taylor consistently advocates for silent when it comes to her career?” tweeted a fan.