Beef between Drake and Pusha T escalated when Pusha T released his diss track ‘The Story of Adidon’. The track was in response to Drake’s ‘Duppy Freestyle’ in which he said Pusha paid him $100,000 to revive his career.

Pusha’s cover art for the track was a photo of Drake with his face controversially painted black that the rapper claimed was real. He cited Drake always feeling like he wasn’t black enough as the reason behind the photo but the Canadian rapper has hit back to state that that was not the case.

The ‘Nice For What’ singer did confirm the authenticity of the photo but clarified the reason for its existence on Instagram. 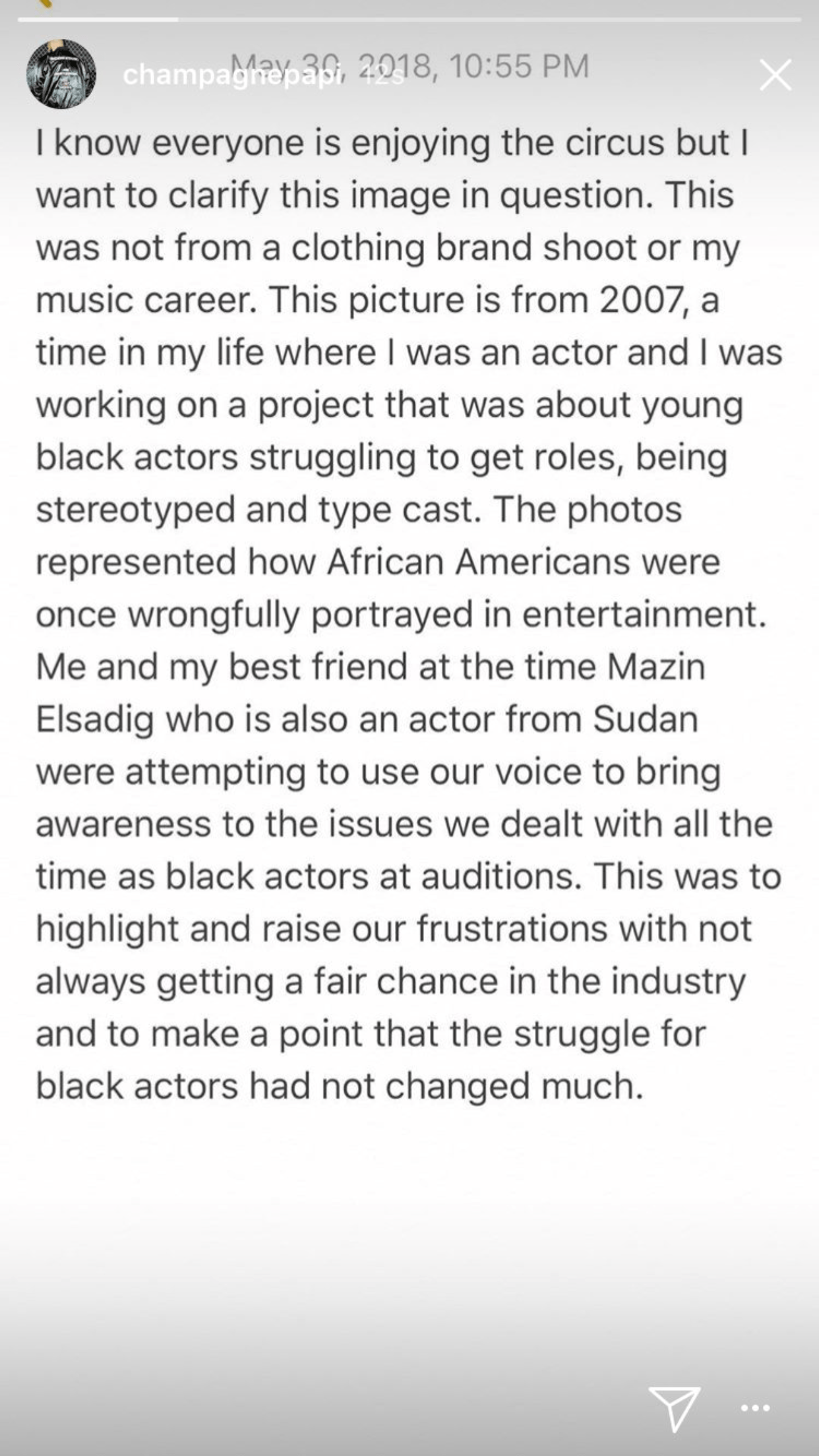 “I know everyone is enjoying the circus” he stated about the ongoing beef before explaining that the photo arose from an attempt to highlight the struggles black actors face.

“This photo is from 2007, a time in my life where I was an actor and I was working on a project that was about young black actors struggling t get roles, being stereotyped and type cast,” Drake clarified.

“The photos represented how African Americans were once wrongfully portrayed in entertainment,” he continued. His intention was to highlight the issues and frustrations African American actors had to deal with.

Damn.. Pusha T created a situation where Drake had to acknowledge the situation & express & explain why he had on blackface. To bring that type of negative wave over Drake’s pure aura of innocence & put Drake under watch by his fans, automatically gives Pusha T a W in this ????

I don’t know what y’all thinking but to me Drake in blackface makes the line from Infared “So I don’t tap dance for the crackas and sing Mammy” the hardest bar of this lyrical warfare thus far.

y’all were on here saying “DRAKE BETTER EXPLAIN BLACKFACE” and he did… now it’s “LOL HE MADE A POST ON INSTAGRAM. HE LOST”

Pusha T revealing Drake to be a deadbeat dad is savage ???? So unexpected…. his credibility with women is what he built his career on. No more Mr Nice Guy.
Master stroke.