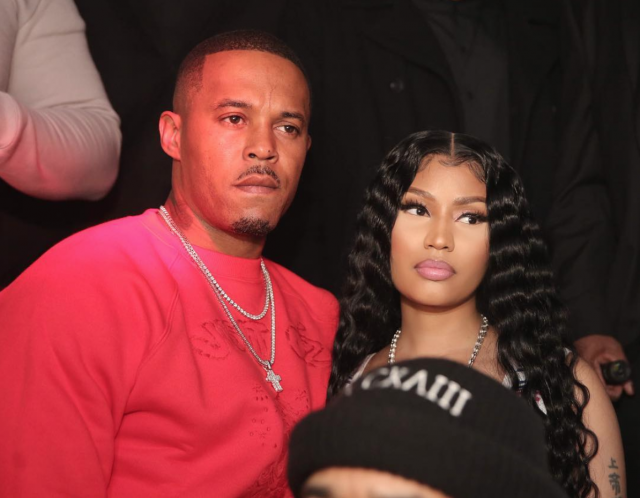 Nicki Minaj has dropped a massive hint that she may have married her boyfriend Kenneth Petty.

The rapper, who confirmed her romance with the convicted sex offender back in December, raised eyebrows when she referred to Kenneth as her “husband” during her Beats1 show Queen Radio on Apple Music.

Nicki gushed: “Every night when I get out of the shower, my husband takes this really good lotion that we just bought, and he massages my feet, and rubs them, and he rubs each toe individually, and the heel, and the ball of my foot, and he does it all.”

Bae out in Paris

While fans were quick to question whether she got married, Nicki could just be using the term “husband” as a pet name – just like Kylie Jenner and Travis Scott, who refer to each other as “wifey” and “hubby”.

Nicki’s relationship with Kenneth has caused a lot of controversy since they first went public with their romance in December.

The 40-year-old is a registered sex offender in New York, and was convicted of attempted rape in the first degree in April 1995.

According to reports, Kenneth served four years in prison, and he also served 10 months in prison back in 2006 – after pleading guilty to first-degree manslaughter.