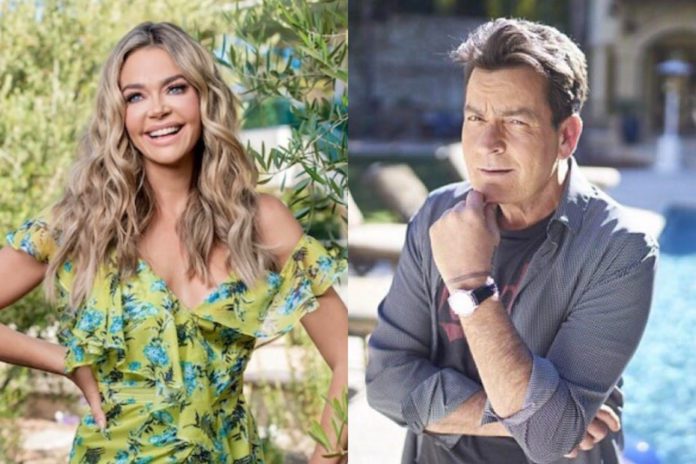 Denise Richards has slammed her ex-husband Charlie Sheen for “judging” their daughter’s decision to join OnlyFans.

The actress wrote, “I have to say, I wish I had the confidence my 18 yr old daughter has.”

Denise admitted that she wasn’t in a position to judge Sami, as she was posing for Playboy and filming the movie Wild Things at a similar age.

The actress added, “Quite frankly her father shouldn’t [judge her] either.”

Earlier this week, the Two and a Half Men star told Page Six that he didn’t “condone” Sami’s involvement in the subscription-based social media platform.

“She is 18 years old now and living with her mother,” he said. “This did not occur under my roof.”

His ex-wife and Real Housewives of Beverly Hills alum continued her statement saying she was “in awe” of Sami’s ability to ignore the abuse she’s been receiving.

Denise drew similarities between posing in a bikini on Instagram versus posting content to OnlyFans, stating the only difference was that OnlyFans is monetised.