Four women who say they were sexually assaulted by Danny Masterson have thanked the Los Angeles County District Attorney’s office for charging him – following a 3-year investigation.

The 44-year-old was arrested and charged on Wednesday for three counts of rape in three separate incidents between 2001 and 2003.

In a statement obtained by People, they said: “We are thankful that the Los Angeles County District Attorney’s office is finally seeking criminal justice against Masterson after a three-year investigation.”

“We are confident that the truth will be known and hope that the charges filed today are the first steps in this long journey of healing, justice, and holding those that victimised us accountable.”

Preparing for the roll of retired actor. In quarantine. During a pandemic. With morning fro. #characterresearch

The four women filed a civil lawsuit against the actor and The Church of Scientology last year, for allegedly carrying out a conspiracy to cover up the star’s misconduct.

“Since we were victimized and raped by Danny Masterson—and knowing we are not the only victims—all we have wanted was justice, accountability, and truth,” they continued.

“Instead, we were subjected to continued harassment, embarrassment, and re-victimization by Masterson and the Church of Scientology, which has only worsened since they learned we were cooperating with authorities.”

My little brother @wilmervalderrama has turned 40! What.The.Fuck. I went to your high school graduation. It was outside on the football field in 1998 and I was sweating because it was 100 degrees in the valley. Ur welcome. U owe me. 40 is the new 21 so congrats ur allowed to drink now. Just not on work days because we can’t look puffy. Love you hermano….. “I said good day!!”

All of the alleged attacks are said to have taken place in his Hollywood home, and if convicted, the star could face up to 45 years in state prison.

The accused was released on a 3.3 million dollar bail shortly after his arrest.

Danny has denied the “outrageous allegations” against him since day one, and said he intends “to sue [his ex girlfriend] and the others who jumped on the bandwagon for the damage they caused me and my family”. 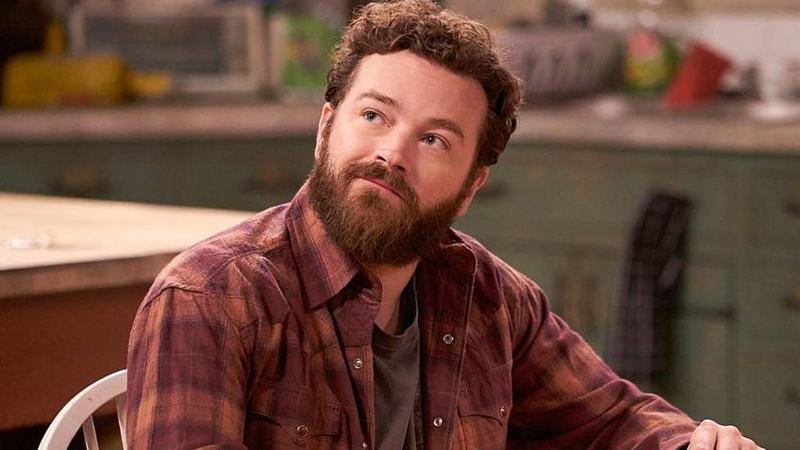 After the allegations first came to light in 2017, the actor was fired from his role on Netflix series The Ranch.