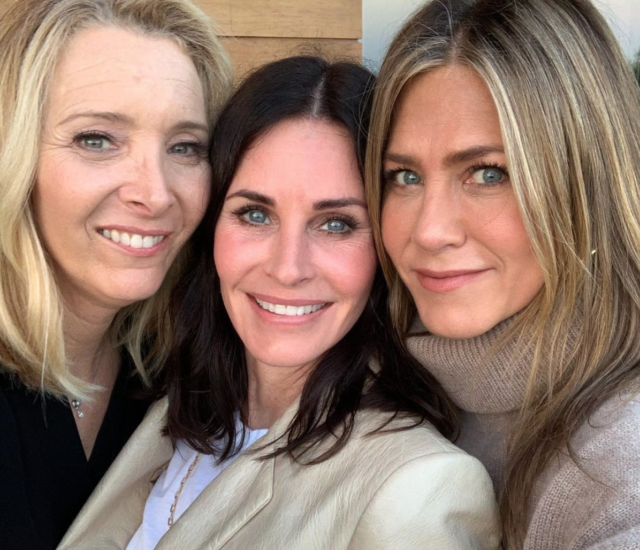 Courteney Cox has recreated an iconic scene from ‘Friends’, to celebrate Thanksgiving.

During the show’s season 5 episode ‘The One With All the Thanksgivings’, Courteney’s character Monica danced with a turkey on her head to make up with Chandler after a fight.

The hilarious scene has since been made into a GIF, and is regularly shared on Thanksgiving in the U.S.

Taking to Instagram today, Courteney said: “Happy Thanksgiving everyone! I hope you’re having a great day, I’m feeling so thankful. Also if I get one more goddamn GIF with a turkey on my head dancing like a f***ing fool, I’m just gonna snap.”

“So anyway, since I’m the symbol of Thanksgiving, here you go. Hope it makes you happy.”

The video then cut to Courteney dancing with a raw turkey on her head, as the Friends theme song played in the background.

Delighted by Courteney’s post, fellow Friends star Lisa Kudrow commented: “You DID THAT!!”