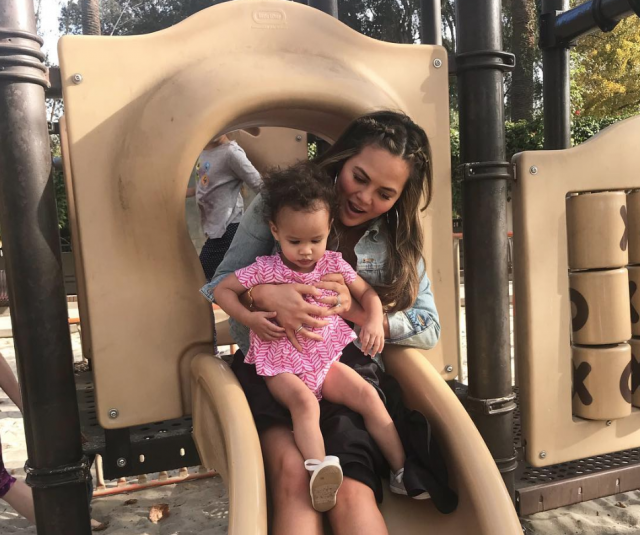 Chrissy Teigen has shared the first photo of her two children, Luna and Miles, on Instagram.

The 32-year-old, who welcomed her son Miles Theodore two weeks ago, has shown how her 2-year-old daughter Luna is bonding with her baby brother.

Taking to Instagram, Chrissy posted the cutest photo of Luna giving Miles his pacifier as he laid in his crib.

This is the second photo Chrissy has shared of her baby boy since his early arrival.

Three days after giving birth, Chrissy posted on social media, “Hello, world! This is Miles Theodore Stephens – We are drowning in his little peeps and nuzzles. Our household feels overwhelmed with love.”

Hello, world! This is Miles Theodore Stephens – We are drowning in his little peeps and nuzzles. Our household feels overwhelmed with love. Thank you for all your well wishes!

“We named our first daughter Luna Simone Stephens; every name we give to our kids I think will have a little bit of musical history to it,” he told E! “So Miles is, of course, is the same name as the great Miles Davis.”