Chrissy Teigen breaks her silence on ‘bullying’ allegations: ‘I was a troll and I am so sorry’

Chrissy Teigen has broken her silence on recent “bullying” allegations.

Last month, Courtney Stodden accused the cookbook author of “trolling” her back in 2011 when she was just 16-years-old.

In an interview with The Daily Beast, the TV personality claimed that Chrissy “would privately DM me and tell me to kill myself” at the time.

The Daily Mail also shared screenshots of tweets Chrissy allegedly sent the model 10 years prior, including one that read: “go. to sleep. forever.”

Chrissy has been noticeably absent from social media in recent weeks after publicly apologising to Courtney, but took to her blog on Monday to issue a lengthy apology.

She wrote: “Hi all. It has been a VERY humbling few weeks. I know I’ve been quiet, and lord knows you don’t want to hear about me, but I want you to know I’ve been sitting in a hole of deserved global punishment, the ultimate ‘sit here and think about what you’ve done’.”

“Not a day, not a single moment has passed where I haven’t felt the crushing weight of regret for the things I’ve said in the past. As you know, a bunch of my old awful (awful, awful) tweets resurfaced. I’m truly ashamed of them.”

“As I look at them and understand the hurt they caused, I have to stop and wonder: How could I have done that? I’ve apologized publicly to one person, but there are others — and more than just a few — who I need to say I’m sorry to.”

“I’m in the process of privately reaching out to the people I insulted. It’s like my own version of that show My Name is Earl!”

“I understand that they may not want to speak to me. I don’t think I’d like to speak to me. (The real truth in all of this is how much I actually cannot take confrontation.) But if they do, I am here and I will listen to what they have to say, while apologizing through sobs.”

“There is simply no excuse for my past horrible tweets. My targets didn’t deserve them. No one does. Many of them needed empathy, kindness, understanding and support, not my meanness masquerading as a kind of casual, edgy humor.”

“I was a troll, full stop. And I am so sorry. I want to go a little further here, thinking of those I’ve hurt and friends I’ve disappointed,” she continued.

“When I first started using social media, I had so much fun with it. I made jokes, random observations. Think of all the engineers, working day and night to develop this amazing new platform and technology, connecting people all over the world to learn, create, and find kindred spirits. And I used it to snark at some celebrities.” 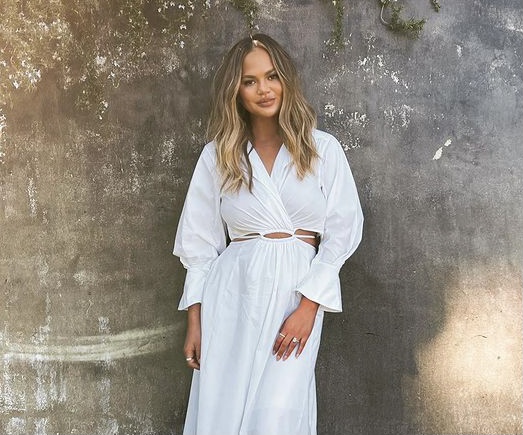 “In reality, I was insecure, immature and in a world where I thought I needed to impress strangers to be accepted. If there was a pop culture pile-on, I took to Twitter to try to gain attention and show off what I at the time believed was a crude, clever, harmless quip. I thought it made me cool and relatable if I poked fun at celebrities.”

“Now, confronted with some of the things that I said, I cringe to my core. I’ll honestly get sharp, stabbing pains in my body, randomly remembering my asshole past, and I deserve it.”

“Words have consequences and there are real people behind the Twitter handles I went after. I wasn’t just attacking some random avatar, but hurting young women — some who were still girls — who had feelings.”

“How could I not stop and think of that? Why did I think there was some invisible psycho-celebrity formula that prevents anyone with more followers from experiencing pain? How did I not realize my words were cruel? What gave me the right to say these things?” 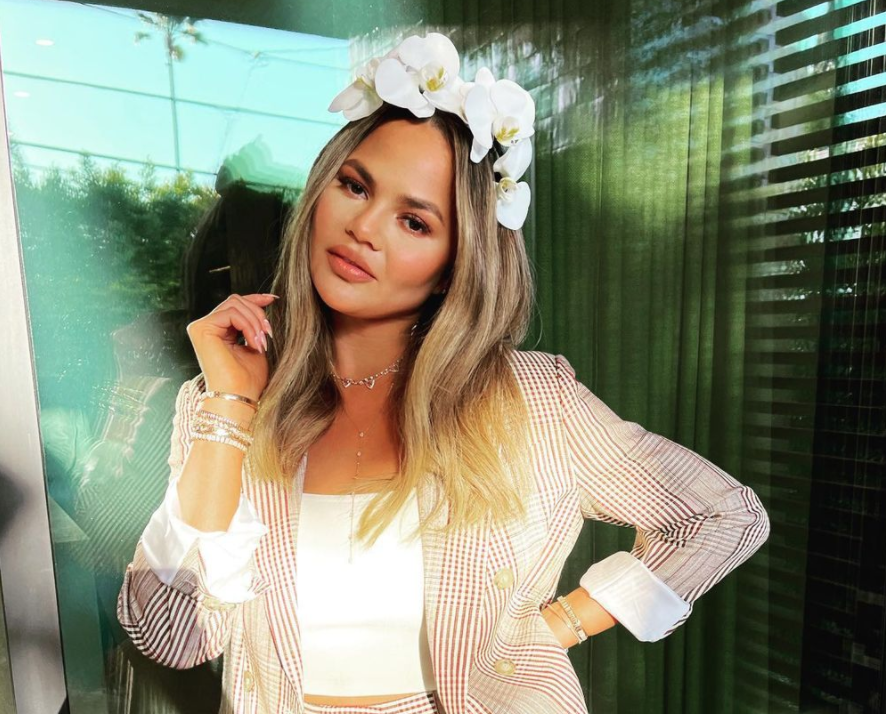 “I wasn’t mean in my everyday life. More than once, someone would come up to me and say, ‘You’re so much nicer in person.’ Why was that not a huge red flag? But I took it in and tossed it aside.”

“I did book signings where girls would call me a bad ass bitch, and I’d stretch my arm toward them as they walked away, looking at my friends and saying, ‘I promise, I’m not!’ At the time, I just didn’t get it. Believe me, I get it now.”

“I’m telling you this for context, not seeking or deserving any sympathy. There’s no justification for my behavior. I’m not a victim here. The subjects of your sympathy — and mine — should be those I put down.” 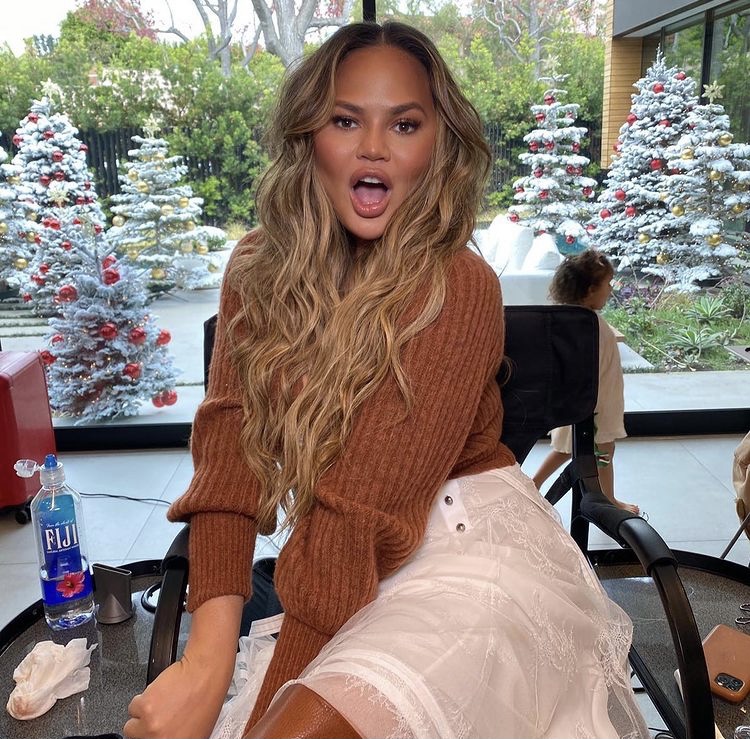 “Life has made me more empathetic. I’m more understanding of what motivates trolling — the instant gratification that you get from lashing out and clapping back, throwing rocks at someone you think is invincible because they’re famous.”

“Also, I know now how it feels to be on the receiving end of incredible vitriol. Believe me, the irony of this is not lost on me.”

Speaking about her husband, Chrissy added: “John [Legend] tells me almost every day how much our daughter Luna reminds him of me. Every day, I try to make sure she’s all the best parts of me, all the things I aspire to be all the time, but fail at sometimes.”

“And we preach kindness to her and Miles every chance we get. Will they eventually realize there is some hypocrisy there? I certainly do. But I hope they recognize my evolution.” 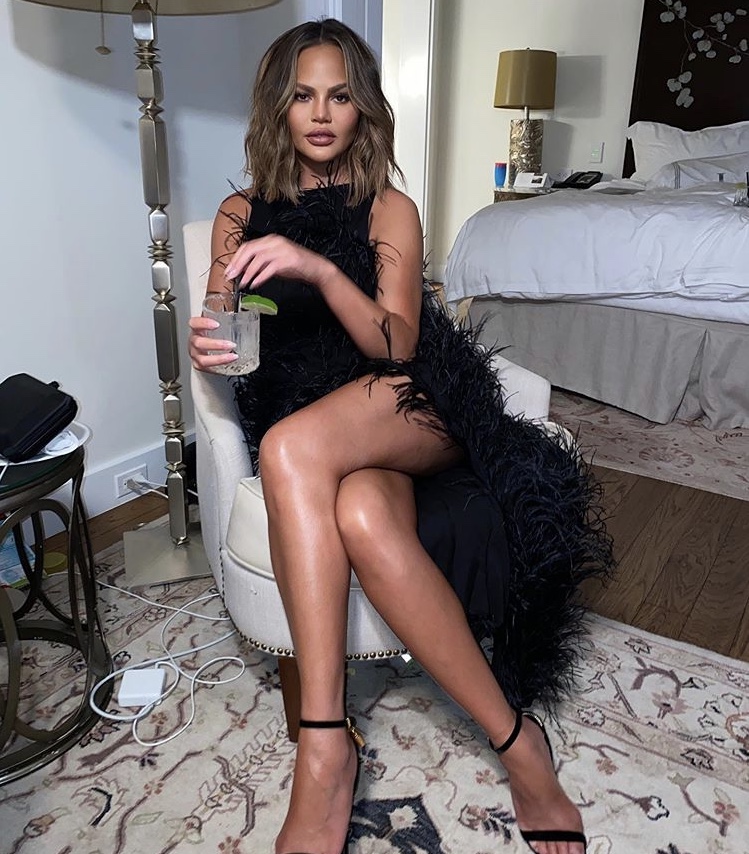 “My goal is to be so good that my kids will think this was all a fairy tale. Not the fake good. The good that has the best intentions, the good who wakes up wanting to make her friends, family, her team and fans as happy as possible. The good who will still f*** up in front of the world but rarely, and never not growing only more good from it.”

“I’m going to keep working to be the best version of myself for EVERYONE. Everyone deserves better — even my detractors. And better is what you can expect from me. The world needs more kindness and love and I want to contribute to it. I’ve been on a path of self-improvement for the past decade and that path is going to continue.”

“I have so much love to give if you are open and willing to accept it. And if not, that’s okay too. That’s something I work on being more okay with every day. I know I let you down, but I hope I can make you proud.”

“It’s been a heavy few weeks, so I’m going to take some more time to focus on things that are most important — being with my family and taking care of myself. We are all more than our worst moments.”

“I won’t ask for your forgiveness, only your patience and tolerance. I ask that you allow me, as I promise to allow you, to own past mistakes and be given the opportunity to seek self improvement and change.”

“Phew. A lot, I know. Thanks for listening,” Chrissy concluded the post.