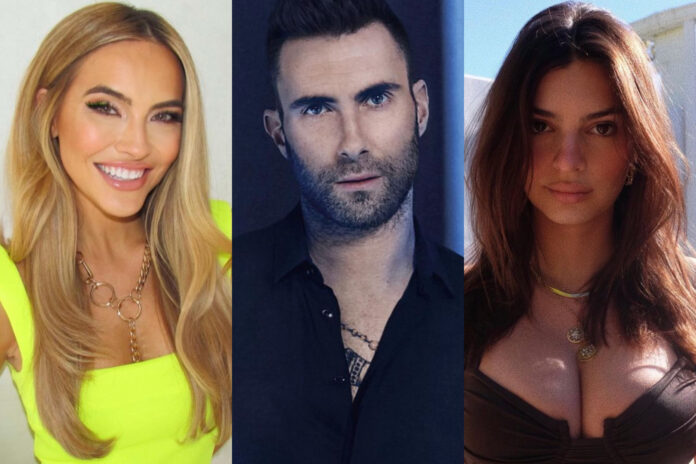 Chrishell Stause and Emily Ratajkowski have entered the chat.

On Tuesday, Maroon 5 frontman Adam Levine broke his silence after being accused of having a year-long affair with Instagram model Sumner Stroh.

The singer, who has been married to former Victoria’s Secret Angel Behati Prinsloo since 2014, denied the affair but admitted he “crossed the line” by exchanging “flirtatious” messages.

Adam said in a statement: “In certain instances it became inappropriate; I have addressed that and taken proactive steps to remedy this with my family.”

Adam Levine has released a statement after being accused of having an affair with a model. pic.twitter.com/5JtWA62Y4T

Selling Sunset star Chrishell Stause, whose marriage to Justin Hartley ended in 2019, appears to have reacted to Adam’s denial on Twitter.

She tweeted on Tuesday: “When apologizing for cheating publicly I hate the -we will get through it together part from a man. Don’t speak for her. You’ve done enough.”

Meanwhile, Emily Ratajkowkski, who filed for divorce from husband Sebastian Bear-McClard earlier this month, reacted to a TikTok video that slammed both Adam and Sumner for their part in the drama.

When apologizing for cheating publicly I hate the -we will get through it together part from a man.

The model said: “I don’t understand why we continue to blame women for men’s mistakes, especially when you’re talking about 20 something year old women dealing with men in positions of power who are twice their age.”

“Also, if you’re the one in a relationship, you’re the one obligated to be loyal so the whole other woman to blame, that’s bad and it’s literally designed to keep women apart.”

She captioned the video: “maybe we just hold men accountable instead of just accepting them as terrible, asking them to do 0 work, and then blaming other women? ok gn.”

#stitch with @sarasadmomfoster maybe we just hold men accountable instead of just accepting them as terrible, asking them to do 0 work, and then blaming other women? ok gn.

They share two daughters together, Dusty Rose and Gio Grace, and they are currently expecting their third child.