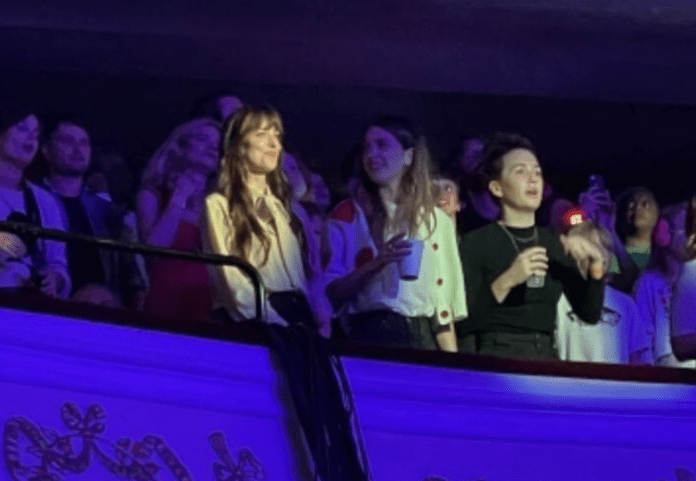 Chris Martin sweetly serenaded his longterm love Dakota Johnson during a gig in London this week.

The Coldplay frontman was performing at Shepherd’s Bush Empire when he pointed out his actress girlfriend, who was watching his gig from the balcony.

In a video posted on Instagram, the 44-year-old was about to perform their new single ‘My Universe’ when he pointed at Dakota and said, “This is about my universe, and she’s here!”

A post shared by Chris and Dakota Fans ❤️ (@__dartin)

A post shared by Chris and Dakota Fans ❤️ (@__dartin)

The singer has been dating the Fifty Shades Of Grey star on-and-off since 2017.

The notoriously private couple briefly called it quits during the summer of 2019, before rekindling their romance in August of that year.

A source told Us Weekly at the time that it was Chris’ ex-wife Gwyneth Paltrow who encouraged the couple to give their romance a second shot.

The exes have remained close friends ever since they “consciously uncoupled” in 2014, and are dedicated to co-parenting their daughter Apple, 17, and son Moses, 15.

Chris and Dakota, who sparked engagement rumours last year, took a major step in their relationship back in January.

After Christmas, the Hollywood couple finally decided to move in together at a $12.5 million mansion in Malibu, California.