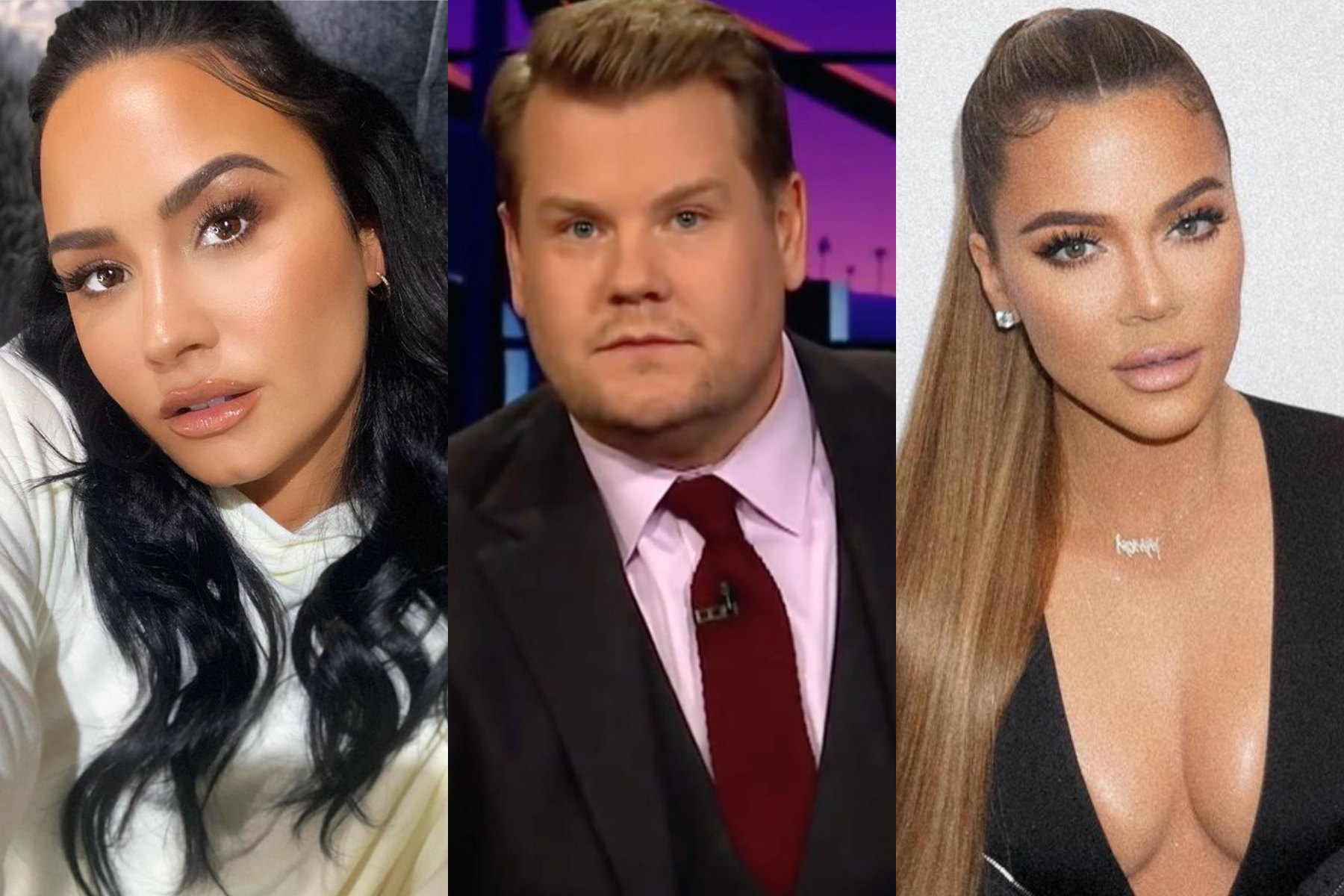 A host of celebrities have spoken out following the chaos in the US Capitol.

On Wednesday, four people died after supporters of Donald Trump broke into the US Capitol, in a bid to overturn Joe Biden’s presidential election win ahead of his scheduled inauguration later this month.

As carnage erupted inside and outside the building, the nation’s elected representatives, who met to debate objections to the election result, were seen taking cover from the chaos, while police barricaded doors.

Taking to Twitter, Khloe Kardashian described the events as “disgusting and humiliating”, admitting she was “sick to her stomach” after seeing photos of the protests.

Disgusting and humiliating!!! Pray for America! This is so so sad! Despicable chaos 💔🙏🏽

The epitome of white privilege! How disturbing!!! I am sick to my stomach ! pic.twitter.com/XcCiCUmt1X

While filming his popular late night talk show from his garage amid rising Covid-19 cases in LA, James Corden reflected on the extraordinary events that unfolded.

The English comedian described the day as a “crazy, sad day, a day that will go down as a dark one in the long history of America”.

He urged: “If you can, have hope. You’ve seen in the last few weeks that voting counts, change is coming, science is real, vaccines are on the way…

“I really do believe that there are better times ahead.”

Demi Lovato shared a series of photos to her Instagram account, writing: “Horrible day for our country. I have no words right now while watching the news.”

The singer added: “My heart is broken. It makes me too sad to believe how naive I was to think this couldn’t possibly happen, and yet it did. Here we are.

P!nk tweeted: “As a United States Citizen, and the daughter of two veterans, and the sister of another, I am ashamed of what is happening in Washington.

TikTok star Charli D’Amelio wrote: “today has been a difficult day for our country my heart is with everyone and im just hoping everyone can stay safe and out of any harm.”

As a United States Citizen, and the daughter of two veterans, and the sister of another, I am ashamed of what is happening in Washington. Hypocrisy, shame,
Embarrassment. Unpatriotic hypocritical sheep drinking poison Kool aid. This a sad day for America.

please everyone in the washington dc area stay safe!!

Hollywood actor Mark Ruffalo called the protesters “the enemies of democracy”, while Ashton Kutcher asked them to “support the peaceful transition of power”.

Chris Evans simply tweeted: “I’m speechless”, before adding: “Just think of the carnage had they not been white. So many people enabled this.”

It's all BS. Look now at the face of lawlessness, look at this willful ignorance, remember these people. They are the enemies of democracy. https://t.co/19Xa8PsuQX

Support the peaceful transition of power!!!!!!!! That’s being a patriot!

The irony is pretty funny………weren’t people just wild animals in the summer for demanding justice and now?🤔🤔🤔🤔……Let me just watch.