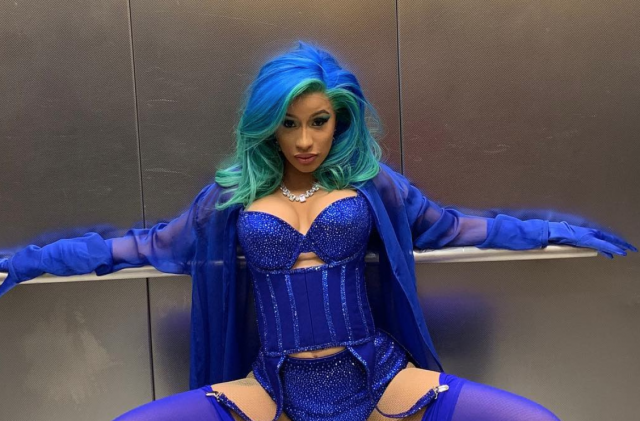 Cardi B has reactivated her Instagram account, to reveal that she has a new song coming out this Friday.

The rapper deleted her account earlier this week, following her rant about the backlash she received for winning a Grammy for Best Rap Album.

However, after just two days, the Grammy winner returned to the social media platform to announce that she’s releasing a new song with Bruno Mars.

She wrote: “K so I’m back from retirement to announce I have a brand new song coming out Friday at midnight with @brunomars . #twogrammywinningartist.”

Ok so I’m back from retirement to announce I have a brand new song coming out Friday at midnight with @brunomars . # twogrammywinningartist 🏆🏆

Cardi won her first Grammy Award on Sunday, becoming the first solo female to receive the award, and even performed her song ‘Money’ on the night.

The mother of one called out her haters on Instagram before she deleted her account,  and said, “I’ve been taking a lot of s**t today, I’m seeing a lot of bulls**t today and I saw a lot of s**t last night and I’m sick of this s**t.”