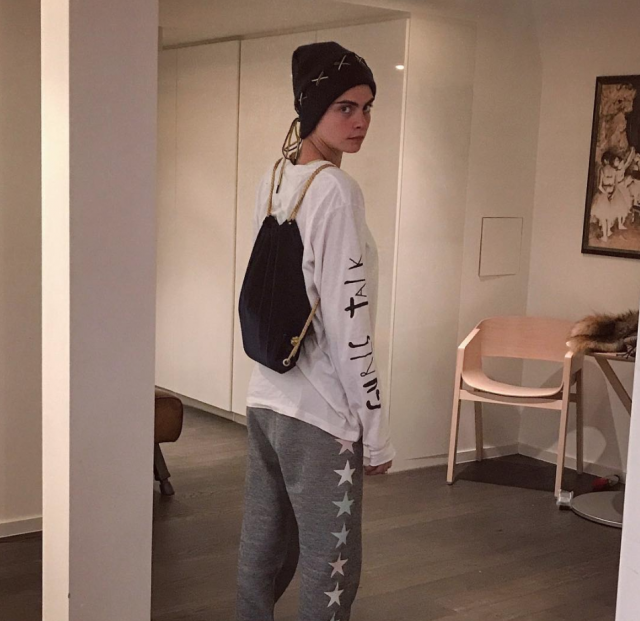 Cara Delevingne came under fire this weekend after posting a picture of Beyonce and the Destiny’s Child reunion to her Instagram, raving about the iconic performance.

This came after the model publicly protested the festival with the hashtag #Nochella.

The festival has been at the centre of controversy over the past couple of years, after it was alleged that the founder of the festival, Philip Anschutz, regularly donates money to anti-LGBT and pro-gun campaigns.

Cara has become a voice for LGBT rights since she came out as bisexual in 2015, and she used her platform to protest the festival that is a hot spot for celebrity sightings every spring.

However, after Beyonce’s headlining performance on Saturday night, the young model took to Instagram to share her love for the Diva singer.

“I am speechless. That performance made me burst into tears and sent shivers down my spine. Especially the Destiny’s child reunion. ICONIC is an understatement,” she wrote.

Thank you for inspiring so many and for lifting each other up,” she captioned the photo.

I am speechless. That performance made me burst into tears and sent shivers down my spine. Especially the Destiny’s child reunion. ICONIC is an understatement. Thank you for inspiring so many and for lifting each other up. #GirlPower @michellewilliams @beyonce @kellyrowland

Fans were quick to criticize her for gushing about a performance at a festival that she had been so outspoken against.

One fan wrote, “What about all the controversy you posted about coachella? It doesn’t matter anymore because of the reunion?”

The Suicide Squad actress defended her stance in an Instagram story.

“I still refuse to go to a festival that is owned by someone who is lgbt and pro gun.  I am allowed to shame that man and the festival and show my appreciation of an artist at the same time,” she wrote. 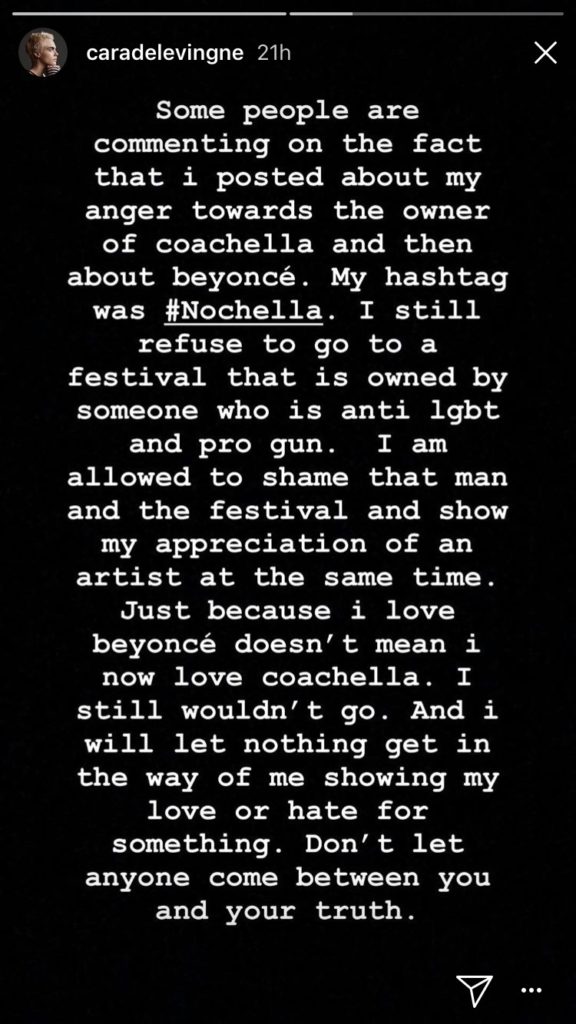 She went on to say, “Just because i love Beyonce doesn’t mean i now love Coachella.  I still wouldn’t go.”

Many have praised the 25 year old for taking a stance against the popular festival and sticking up for her love of Beyonce.