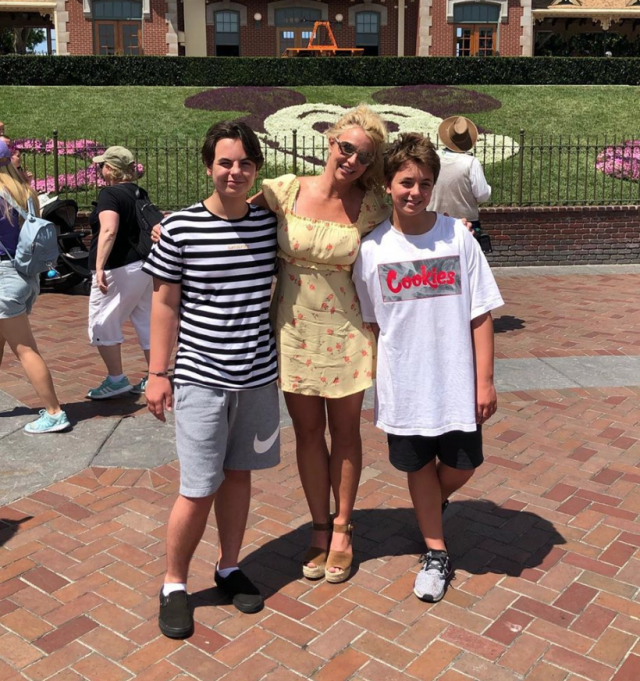 The 13-year-old was at his father Kevin Federline’s home when he went live on Instagram to answer fan questions.

During the Q&A session, the young teen was asked about his grandfather Jamie, and he didn’t have the nicest things to say about him.

– he said Britney wants to quit music completely
– he said Britney’s dad is a dick and hopes he dies 🙏
– he called K-Fed a great dad #freebritney pic.twitter.com/jKnPj8QlIt

It’s no surprise there’s tension between them, as Jayden’s dad Kevin Federline sought a restraining order against Jamie Spears last August, after he got into an alleged altercation with Jayden’s brother Sean Preston.

A source told US Weekly last year: “Britney had the boys at Jamie’s condo on the evening of August 24. Jamie and Sean Preston got into an argument.”

“Sean Preston felt unsafe and locked himself into a room. Jamie broke into the room and shook Sean Preston.”

During Jayden’s revealing Instagram Live session, he promised to reveal more details about his famous mother after earning 5000 Instagram followers.

He said: “What’s going on with my mom? I’ll tell you guys the whole story about my mom and stuff if I get 5,000 followers on my Instagram. That stuff will come out way in the future [when] I get really popular.”

Despite this, Jayden did spark rumours that Britney is ready to quit music for good.

He said: “Actually I haven’t seen her doing a lot of music at all. I don’t think that … I don’t know, dude. I don’t even know.”

“I remember one time I asked her, I said, ‘Mom, what happened to your music?’ and she was like, ‘I don’t know, honey. I think I might just quit it.’ I’m like, ‘What? What are you saying? Like, do you know how much bank you make off of that stuff?'”