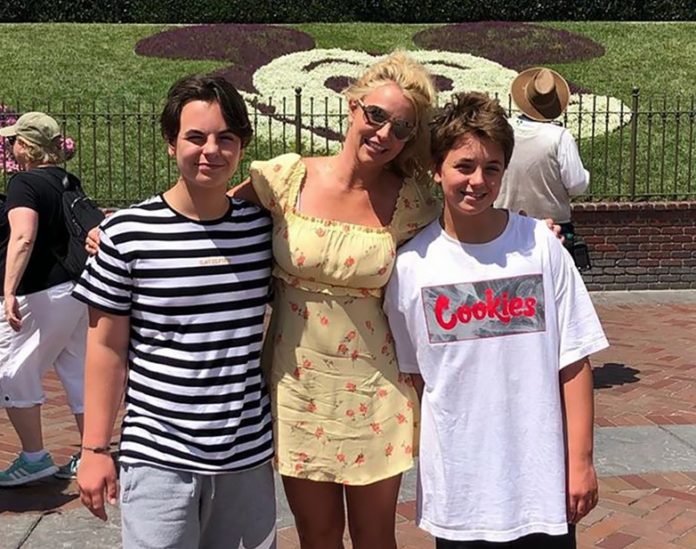 Britney Spears has hit out at her son Jayden for supporting her father and former conservator Jamie.

In a since-deleted audio clip shared to Instagram on Monday, the singer accused her 15-year-old of being “just like my other family” after his recent interviews regarding their fractured relationship.

Addressing her son’s comments, Britney said: “So Jayden, as you undermine my behaviour just like my whole family always has, with ‘I hope she gets better’ and ‘I will pray for her.’ Pray for what? That I keep working so I can pay off mom’s legal fees and her house?”

“Do you guys want me to get better so I can continue to give your dad 40 grand a month?” the 40-year-old asked, referring to her ex-husband and the father of her two children Kevin Federline.

“Or is the reason behind you guys deciding to behave fools, is because it’s actually over in two years and you don’t get anything?”

She continued: “You were just like my other family. You secretly loved looking at me like something was wrong with me.”

Jayden recently defended his “paw paw” Jamie Spears for his role in Britney’s controversial conservatorship, saying he was “trying to be like any father”.

Britney said in the audio clip: “Honestly, my dad needs to be in jail for the rest of his life. But like I said, God would not allow that to happen to me if a God existed.”

“I don’t believe in God anymore because of the way my children and my family have treated me. There is nothing to believe anymore. I’m an atheist y’all.”

She also said: “I didn’t need a family hiding s**t in houses and whispering s**t behind my back, feeling subconsciously guilty because I’ve paid for every f****** thing in both homes. I needed unconditional love and support.”

“It saddens me that not one of you have valued me as a person. You’ve witnessed me and how my family has been to me, and that’s all you know. Like I said, I feel you all secretly like to say something’s wrong with me.”

It comes after Jayden defended his grandfather Jamie for his part in Britney’s 13-year-long conservatorship in a recent interview with ITV News.