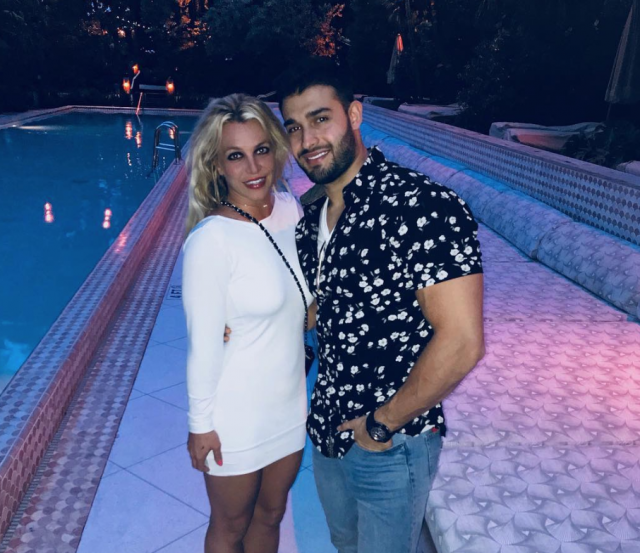 Britney Spears’ boyfriend Sam Asghari has reassured fans that the singer is doing ok, amid growing concerns for her well-being.

This morning, the 37-year-old was forced to release a statement, after fans staged a protest in Hollywood – calling for her to be released from a psychiatric facility.

And now, the singer’s boyfriend has told TMZ: “She’s doing amazing, thankfully her fans are so amazing to be concerned… but she’s doing great.”

“Nobody needs to worry, she’s doing amazing, and she’ll be back soon.”

It’s believed Britney checked herself into a 30-day treatment program, as she was struggling to deal with the emotional distress of her father’s illness.

While she checked herself into the facility, fans are convinced that Britney is being kept from making her own decisions, as she’s been under a conservatorship since 2008, after she suffered a breakdown in 2007.

However, in her statement this morning, the mother-of-two reassured fans that “all is well”.

I wanted to say hi, because things that are being said have just gotten out of control!!! Wow!!! There’s rumors, death threats to my family and my team, and just so many things crazy things being said. I am trying to take a moment for myself, but everything that’s happening is just making it harder for me. Don’t believe everything you read and hear. These fake emails everywhere were crafted by Sam Lutfi years ago… I did not write them. He was pretending to be me and communicating with my team with a fake email address. My situation is unique, but I promise I’m doing what’s best at this moment 🌸🌸🌸 You may not know this about me, but I am strong, and stand up for what I want! Your love and dedication is amazing, but what I need right now is a little bit of privacy to deal with all the hard things that life is throwing my way. If you could do that, I would be forever grateful. Love you ❤️❤️❤️

The singer also told her fans not to “believe everything you read and hear”, before claiming that her former manager Sam Lufti crafted “fake emails” that have been circulating online.

She wrote: “I did not write them. He was pretending to be me and communicating with my team with a fake email address.”