Brian Austin Green has insisted there’s no bad blood between him and his ex Megan Fox.

The 47-year-old released a statement on social media, after fans assumed Megan threw shade at his girlfriend Sharna Burgess on Instagram.

The actor wrote: “For people that need or want clarification, Megan and I get along great. Neither of us are sending petty digs to each other.” 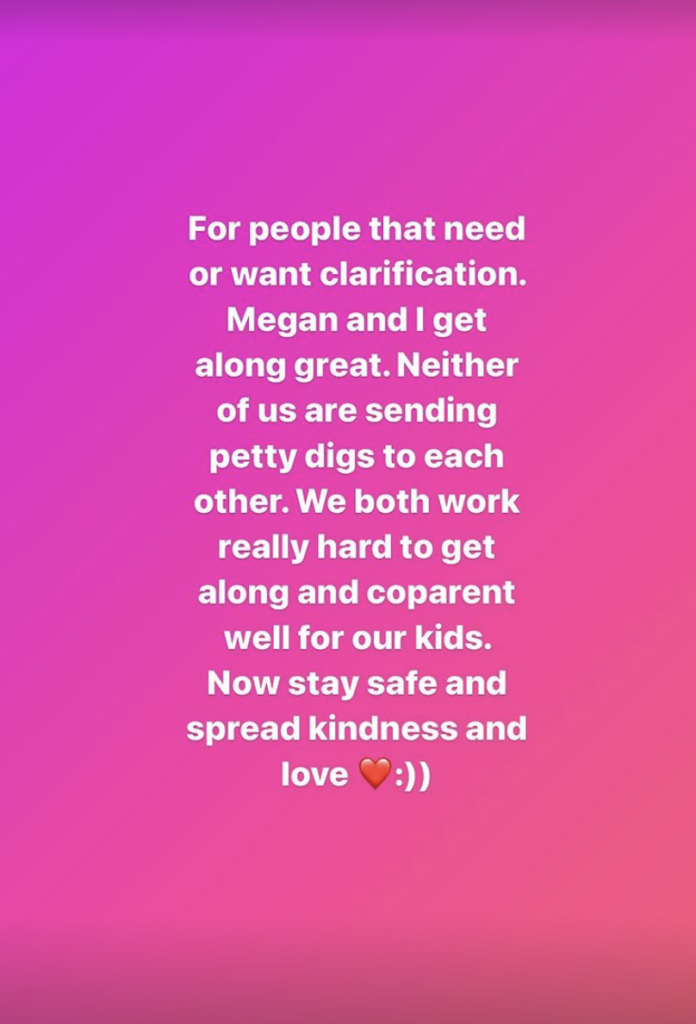 “We both work really hard to get along and coparent well for our kids,” he continued, “Now, stay safe and spread kindness and love.”

Brian has been dating the 36-year-old dancer since late last year, following his split from Megan – who he shares three kids with: Noah, 8, Bodhi, 7, and Journey, 4.

Earlier this week, the Beverly Hills, 90210 star posted a photo of him and Sharna kissing at Disney World.

He captioned the post: “It’s been a really long time since I’ve been with someone I can truly share life with.”

Megan then commented under the post: “Grateful for Sharna.”

However, the actress later deleted her comment after fans assumed she was being “petty” and “insincere”.

Brian confirmed his split from Megan in May 2020, after nearly 10 years of marriage.

The Jennifer’s Body actress has since moved on with Machine Gun Kelly, who she met on the set of Midnight in the Switchgrass. 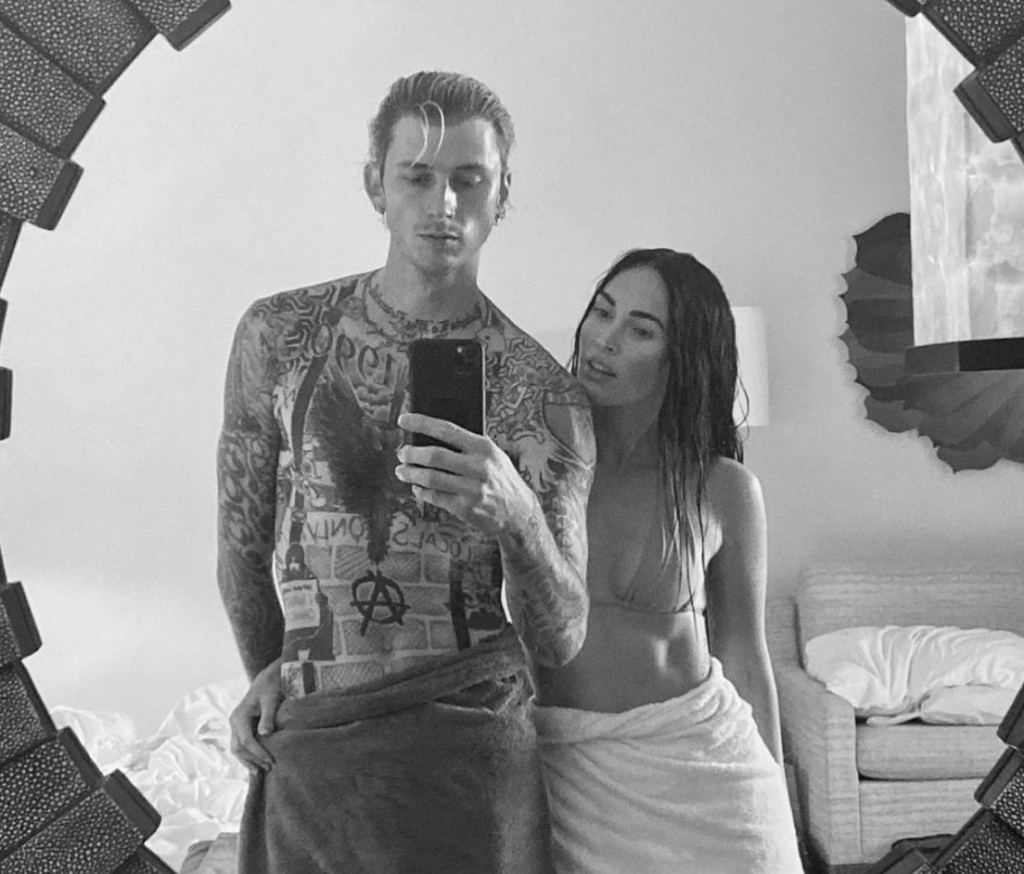