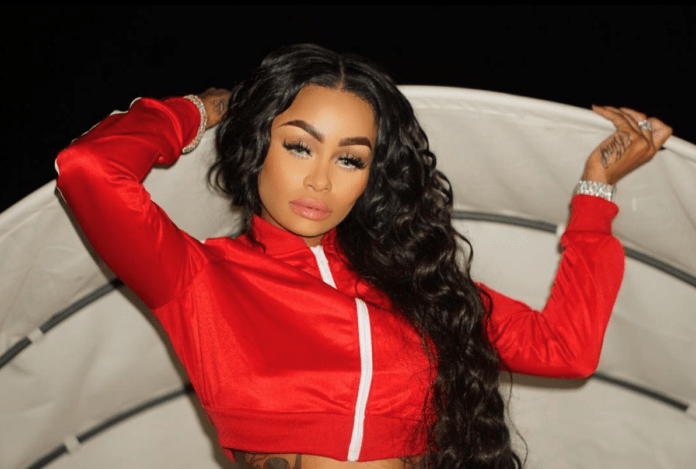 Blac Chyna hit headlines over the weekend after she was filmed getting into a fight at Six Flags on Easter Sunday.

The 29-year-old star shared a video of a ‘glass blunt’ with the caption, “Idgaf but I’m gonna chill tonight with @GlassBluntStore and go all the all the way up.”

The pipe is filled with “up to 2 grams of herb”, and a song in the background sings “we gonna get stoned!”

???????? Idgaf but I’m gonna chill tonight with @GlassBluntStore and go all the all the way up ???? #GlassBluntChallenge

Chyna posted the ad after TMZ reported that the model was provoked at Six Flags by a woman who called her a “hood rat”.

An insider has claimed that the woman made physical contact with Chyna’s 16-month-old daughter Dream Kardashian before shouting “hood rat” at Chyna – which prompted her to pick up her child’s stroller and attempt to throw it at the woman.

Videos of the fight quickly started circulating on Twitter, and Chyna later addressed the incident on her Instagram Story.

“Being famous is hard enough dealing with scrutiny but when someone feels comfortable to come and touch your child it’s a whole other story,” she wrote.

“I do not condone violence nor am I a violent person but shout out to all of the amazing mothers out there that will protect their children at all cost. Love, King and Dreams Mommy.”

Chyna welcomed daughter Dream with Rob Kardashian back in November 2016. The couple later split in February 2017.

Chyna was visiting the theme park with her two children, King Cairo and Dream Kardashian, and her teen rapper boyfriend YBN Almighty Jay.