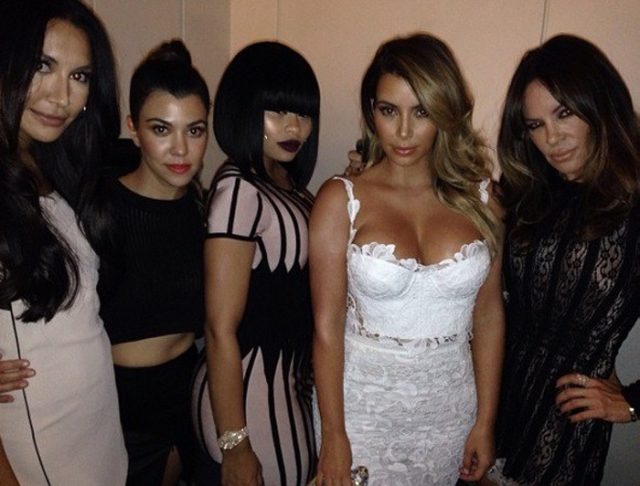 Blac Chyna has dropped her lawsuit against four of Rob Kardashian’s sisters, but she’s still suing his sister Kim Kardashian, and his mother Kris Jenner.

Last month, the 29-year-old filed court documents against Rob and his “powerful, vindictive family”, and accused them of “slut-shaming” her and sabotaging her TV show.

However, Chyna has now dropped Kourtney and Khloe Kardashian from the list of defendants, as well as Kylie and Kendall Jenner.

But, Kim Kardashian and momager Kris Jenner are still named in the suit.

According to Us Weekly, Chyna claims that the Kardashian family were responsible for the cancellation of season two of her reality show Rob & Chyna – which led to her losing out on income, endorsement deals, appearance fees and product promotion.

The former stripper’s lawyer Lisa Bloom has alleged that the E! network still had interest in doing a second season of the show, despite the fact that Chyna and Rob had split.

In the lawsuit, Chyna has also accused Rob of physically abusing her.

Chyna has alleged that the incident took place when she tried to call ex-boyfriend Tyga – with whom she has five-year-old son King Cairo.

Rob “immediately grabbed the phone from her hand and violently knocked her to the ground where she landed on her hands and knees.”

After Chyna allegedly called King’s nanny to take him away, Chyna locked herself in the bathroom.

“Rob Kardashian lost all control and tore the hinges off of Ms. White’s bedroom door. Ms. White then retreated to the bathroom, hid in the bathroom closet, and locked the door.”

The court documents stated, “Ms. White suffered pain and difficulty walking for days following the domestic dispute as a result of Rob Kardashian violently knocking her to the ground.”