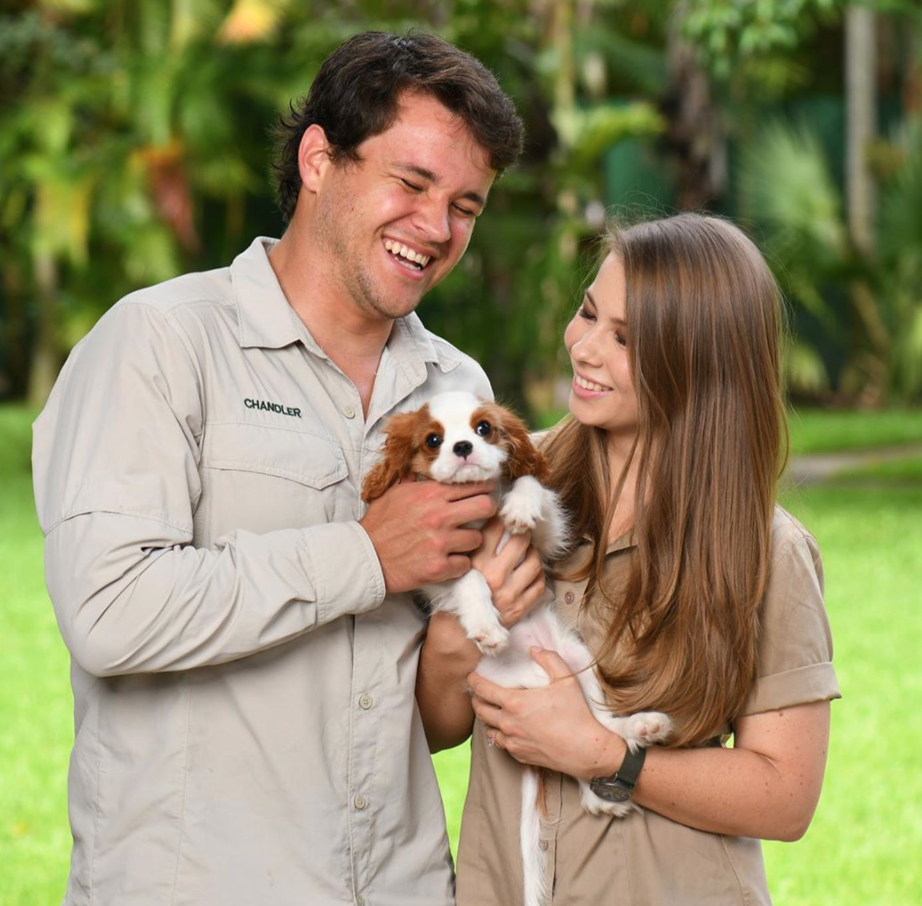 Bindi Irwin reportedly married her fiancé Chandler Powell, hours before the Australian government banned all large weddings due to the coronavirus pandemic.

According to reports, the daughter of the late Steve Irwin wed her fiancé in a last-minute ceremony at the Australia Zoo on Wednesday afternoon.

It’s believed her brother Robert Irwin escorted her down the aisle in the place of her adored father, who tragically died back in 2006 when he was pierced through the heart by a stingray barb.

The young couple had always planned on getting married at the Australia Zoo, which Steve and his wife Terri Raines made famous through their reality TV series The Crocodile Hunter.

We’re engaged! This is @bindisueirwin taking over the #AnimalPlanet Instagram! Chandler and I are both thrilled to be sharing our engagement story with you during our new season of ‘Crikey It’s The Irwins’! ???????? Tune in every Saturday at 8pm from October 5th to see all the heartfelt, emotional and spectacular moments unfold. We can’t wait to take you on our journey. . . . . . . . #animalplanetupclose #animalsofinstagram #animalplanet #animaloftheday #wild #wildlife #outdoors #animals #wildanimals #conservation #nature #animallovers #instanature #wildgeography #theirwins #bindiirwin

However, it’s believed they brought their wedding date forward at the last minute – as Australia will implement a ban on all large weddings from tonight.

As of midnight on Wednesday, weddings can only go ahead with a maximum of five people – the couple, a celebrant and witnesses.

In aerial footage obtained by 7News in Australia, people can be seen rushing around to set up the wedding ceremony.

A woman, believed to be Bindi, can also be seen getting out of a car wearing a white dress, as she’s shielded by umbrellas.

There’s no survivor on tonight so I’m glued to the Bindi Irwin wedding news chopperhttps://t.co/8orGRd07O8

Bindi and Chandler had documented their wedding planning journey since last summer on social media.

At the beginning of March, Bindi posted an image of herself, Chandler and Robert holding her bridal bouquet flowers.

“Robert and Chandler kindly helped me choose the flowers for my bridal bouquet,” she wrote.

Robert and Chandler kindly helped me choose the flowers for my bridal bouquet. They’ve been very supportive with all things wedding planning. ❤️ If you have wedding advice, please comment below. I always love and appreciate ideas. xx

The television star then asked her followers to relay any wedding advise they may have to her.

“If you have wedding advice, please comment below. I always love and appreciate ideas. xx,” she revealed.