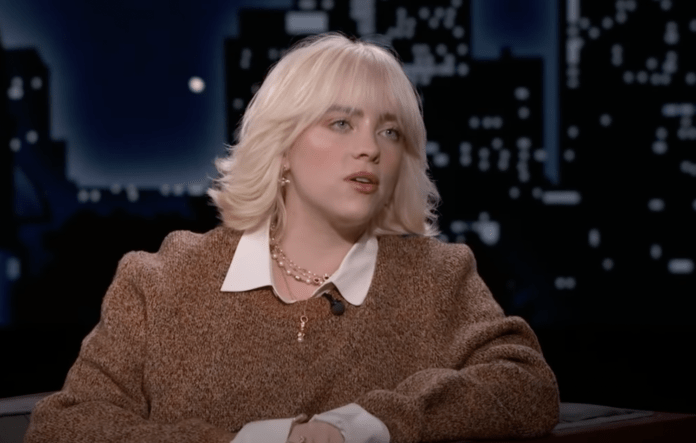 Billie Eilish has revealed what she thinks of the British Royal family, after meeting them for the first time.

Speaking on Jimmy Kimmy Live on Wednesday night, the singer said she was given a “whole list” of rules before she met William, Kate, Charles and Camilla.

When Jimmy asked, “Did you pay attention to those rules?” Billie confessed, “I tried to, I was planning on it.”

“They were just so normal. They didn’t make me feel like, oh, I’m scared, I can’t talk to them…”

“They were like very complimentary and they had all these questions for me.”

“They were just very friendly and like funny and sweet. I can’t complain, it was amazing,” she added.

Billie co-wrote and performed the theme song for No Time To Die, which sees Daniel Craig play James Bond for the fifth and final time.