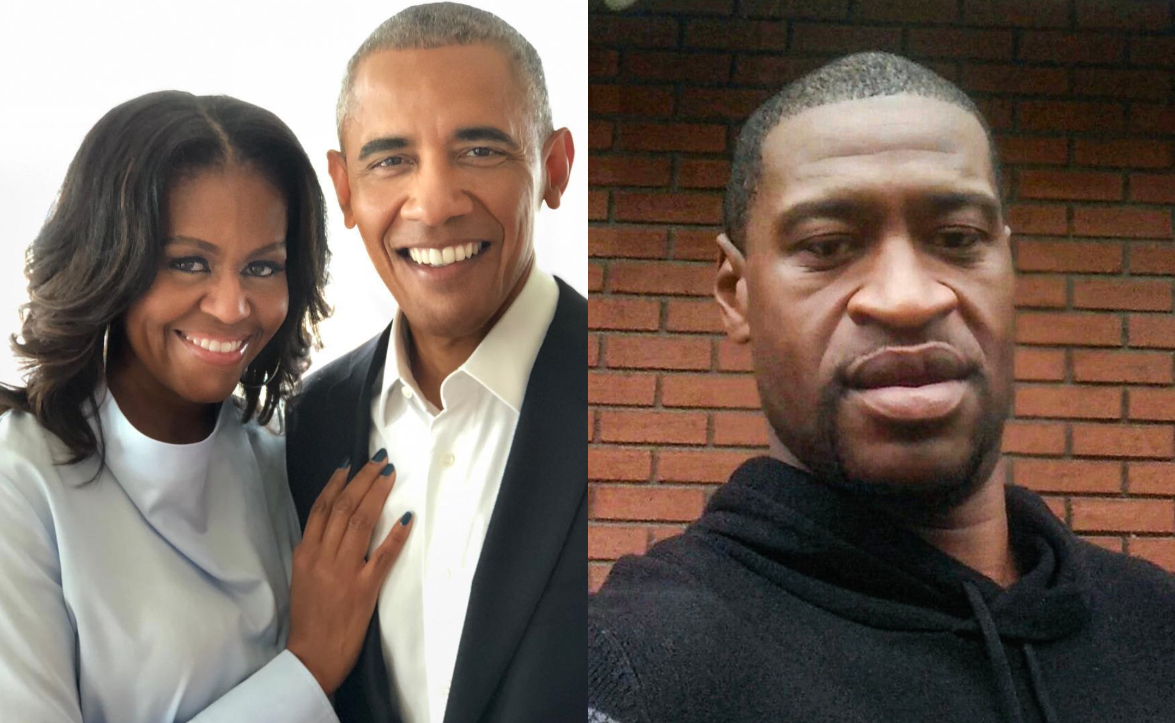 Barack and Michelle Obama have lead tributes to George Floyd on the first anniversary of his death.

On May 25, 2020, the 46-year-old died in hospital after he was pinned to the ground by police officer Derek Chauvin while being arrested in Minneapolis.

A video of the harrowing incident went viral on social media, sparking mass protests across the U.S. and the world.

Since his devastating death, George has become a symbol for the Black Lives Matter movement and police reform in America.

Taking to Twitter today, former US President Barack Obama paid tribute to him.

He wrote: “George Floyd was murdered one year ago today. Since then, hundreds more Americans have died in encounters with police—parents, sons, daughters, friends taken from us far too soon. But the last year has also given us reasons to hope.”

George Floyd was murdered one year ago today. Since then, hundreds more Americans have died in encounters with police—parents, sons, daughters, friends taken from us far too soon. But the last year has also given us reasons to hope.

“Today, more people in more places are seeing the world more clearly than they did a year ago. It’s a tribute to all those who decided that this time would be different—and that they, in their own ways, would help make it different.”

“When injustice runs deep, progress takes time. But if we can turn words into action and action into meaningful reform, we will, in the words of James Baldwin, ‘cease fleeing from reality and begin to change it.'”

“Today, I am thinking of this clip of his daughter Gianna, and all the young people out there who have seen so much, but refuse to give up hope.”

It’s been a year since those horrifying 8 minutes and 46 seconds stole George Floyd’s life. Today, I am thinking of this clip of his daughter Gianna, and all the young people out there who have seen so much, but refuse to give up hope. pic.twitter.com/VclaQksyso

“All of us have a role to play to hold our leaders accountable and speak out about injustice. Let’s make sure that ‘Daddy changed the world’ isn’t a fleeting moment online, but a lasting change across the country,” she continued in another tweet.

“I’m sending all my love to Gianna and to the rest of the Floyd family today. Her dad did change the world, and now it’s up to the rest of us to continue changing it for the better.”

George’s sister Bridgett Floyd, his daughter Gianna, and Gianna’s mother Roxie Washington will mark the first anniversary of his death by meeting with President Joe Biden at the White House today.

A host of famous faces have also paid tribute to George on social media, including Oprah Winfrey and Kerry Washington.

A year ago today we didn’t know his name, but now it’s forever etched in our consciousness: #GeorgeFloyd.

The 1 year anniversary of #GeorgeFloyd’s murder is a reminder that for some, the issue became clear 1 year ago. For many of us, Black Lives have never NOT mattered. If U R new to this, stay in the fight 🙏🏾 happy 1 year awakening. If U R not new to this, sending ❤️. Today & always

Last year, the world watched for 9 minutes and 29 seconds as #GeorgeFloyd lost his life before our very eyes. The curtain was pulled back on the systemic racism deeply embedded in our nation, & people of all ages, races, creeds & communities finally began to say enough is enough. pic.twitter.com/8VJpIZSuf7

Today, we honor George Floyd’s life and mourn with his family. One year after his murder, we remain dedicated to rooting out systemic racism and police violence against people of color, and building a nation free of oppression that respects the human dignity of every person.