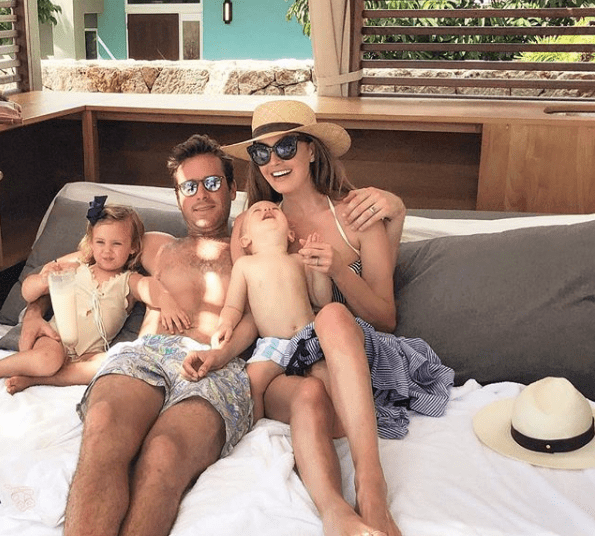 Armie Hammer is down in New Orleans, Louisiana to film his new horror mystery film and his wife Elizabeth Chambers has been there to keep him company.

Elizabeth, who is the CEO of BIRD Bakery in Los Angeles, has been by her husband’s side in the cajun capital for the past week.

The couple has been married for an impressive eight years.  The pair regularly post adorable #couplegoals pictures on their Instagrams, and now they’ve taken these to New Orleans.

Bourbon St. with muh baaayyybeee! Thank you for staying in town this weekend, wife… I love you!

Armie posted a cute picture of the two of them embracing on Bourbon Street.

Elizabeth posted a touching picture of Armie walking the streets holding his daughter’s hand. Elizabeth’s Instagram is filled with pictures of their picture perfect family including their two young children.

3 generations of Galatoiring. Grandparents in town for the weekend. ????