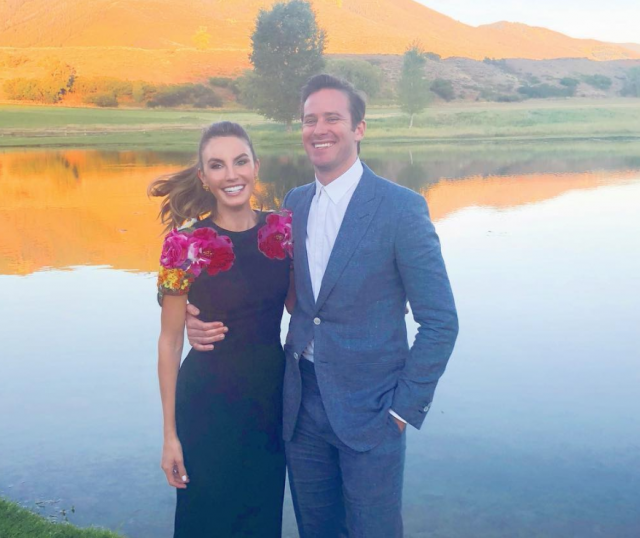 Armie Hammer has announced his split from wife Elizabeth Chambers, after 10 years of marriage.

The actor confirmed the news on Instagram by sharing a throwback photo of the couple in happier times.

He wrote: “Thirteen years as best friends, soulmates, partners and then parents. It has been an incredible journey, but together, we’ve decided to turn the page and move on from our marriage.”

“As we enter into this next chapter, our children and relationship as co-parents and dear friends will remain our priority.”

“We understand this news lends itself to public dialogue, but in the interest of our children and our family, we’re asking for privacy, compassion and love during this time,” he added.

After news of their split emerged, TMZ reported that the couple never signed a prenuptial agreement.

And according to court documents, Armie and Elizabeth have both claimed that they separated on different dates – which may impact the alimony Armie has to pay out.

Armie has insisted they separated in January, which is less than 10 full years since they married.

However, Elizabeth has claimed they separated in July, which is over ten years after they tied the knot on May 22, 2010.

On their 10th wedding anniversary this May, Elizabeth posted a touching tribute to Armie on Instagram, but the actor failed to acknowledge the milestone on his own page.

Elizabeth shared a throwback photo from their wedding on Instagram, and wrote: “TEN years married, twelve together, thirteen years as best friends.”

TEN years married, twelve together, thirteen years as best friends. Happy Anniversary, my love. I’m beyond grateful for you, this decade, our family and the dreamiest Friday night anniversary sunset. And thank you to Hopsey’s friend, 6-year-old, Sophie who was at the beach and captured this moment. ❤️

The couple are parents to daughter Harper, 5, and son Ford, 3.