Ariana Grande has remembered Mac Miller, on the sixth anniversary of their first collaboration.

On March 25, 2013 – the pair teamed up to release her hit song ‘The Way’, and quickly became close friends.

Then in 2016, Ariana and Mac officially started dating, and were together on-and-off up until April 2018.

Just months later on September 7, Mac sadly passed away due to an alleged accidental drug overdose.

Ariana has been mourning his death ever since, and on the sixth anniversary of their first collab – she made sure to honour him in a sweet but subtle way.

Taking to her Instagram Story, the 25-year-old simply wrote “six years” on a black background, alongside a heart emoji. 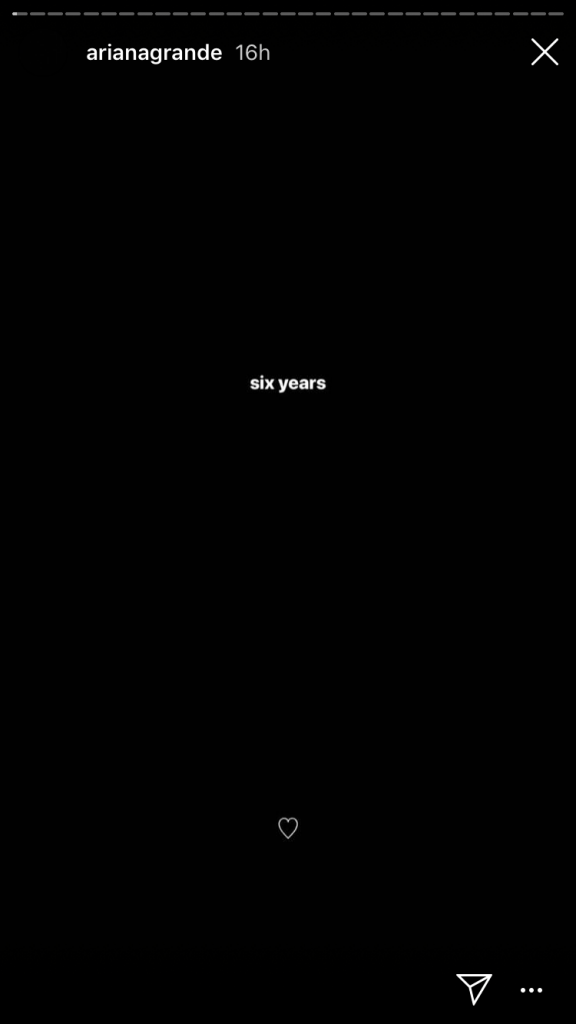 The singer also shared photos with Mac’s dog, Myron, who she has been caring for since he passed away.

Ariana has paid tribute to Mac many times since his sudden death.

real protective wit my soullll where YOUUUUUU been

She referred to him as “an angel” in the first verse of her hit song ‘Thank U, Next’, and also referred to losing him in her haunting hit ‘Ghostin’.

The songstress has also showed her devotion to Mac on her Sweetener tour, as she’s been playing his music for fans as they await her arrival onstage.

Fans also believe her blue Zac Posen dress, which she was supposed to wear to the Grammys, was another tribute to Mac – as she looked like a real life Cinderella, which is the title of one of his hit songs.