Ariana Grande has defended her whirlwind romance with Pete Davidson, after naming a new song about him.

In a matter of weeks – the songstress has gotten engaged to the SNL comedian, and the pair have since moved in together.

The 24-year-old is currently gearing up for the release of her latest album Sweetener, and she’s named one of her new tracks ‘Pete’.

Since news of Ariana and Pete’s engagement broke, fans have been questioning whether their quickie romance will last.

After confirming that her new interlude track is named after her fiancé, one fan replied, “Girl, we know you love him, but are you dumb?”

However, Ariana was quick to shut down her fan’s reservations by replying, “Nah.”

Another fan responded, “You really don’t get a f**k, do you?” – and Ariana replied, “For real. The truth is I been the f**k through it and life’s too short to be cryptic and shit about something as beautiful as this love I’m in. So Pete it is.” (sic) 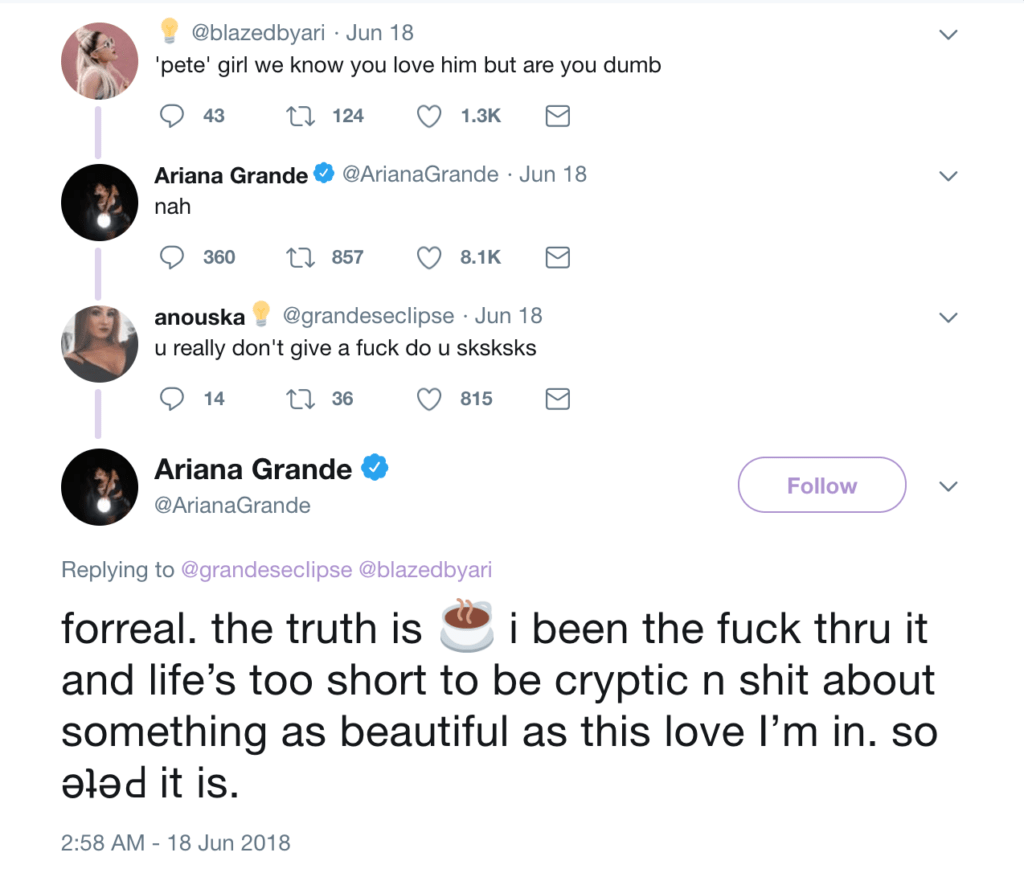