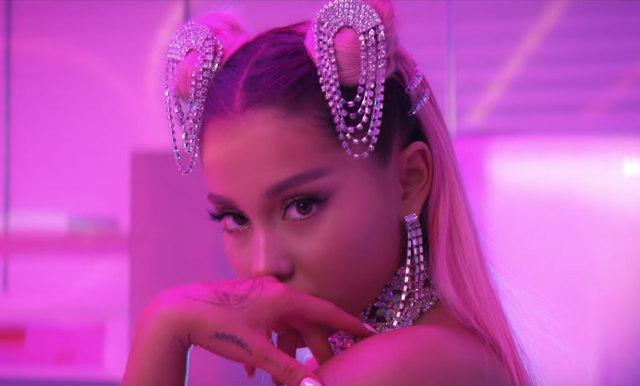 Ariana Grande has issued an apology to anyone offended by the lyrics in her new song, 7 Rings.

The controversy erupted when the singer shared a fan’s post on her Instagram Story, which quoted lyrics from her new single.

The post included the lyrics, “You like my hair? Gee, thanks, just bought it…” alongside the caption, “White women talking about their weaves is how we’re gonna solve racism.”

However, some fans were left less than impressed by the post, and Ariana swiftly deleted it from her Story.

This #PostAndDelete by #ArianaGrande has fans upset because they feel she’s missing the point of the backlash. Meanwhile, #ScooterBraun says #7Rings has hit a record on #Spotify (See previous posts)

The Shade Room then posted a screenshot of the post on Instagram – which led Ariana to issue a public apology.

The 25-year-old commented, “I think her intention was to be like… yay a white person disassociating the negative stariotype [sic] that is paired with the word ‘weave’…”

“However I’m so sorry my response was out of pocket or if it came across the wrong way. Thanks for opening the conversation and like… to everyone for talking to me about it. It’s never my intention to offend anybody.”

The news comes after Princess Nokia accused Ariana of copying her music, by pointing out similarities between ‘7 Rings’ and her own song ‘Mine’.