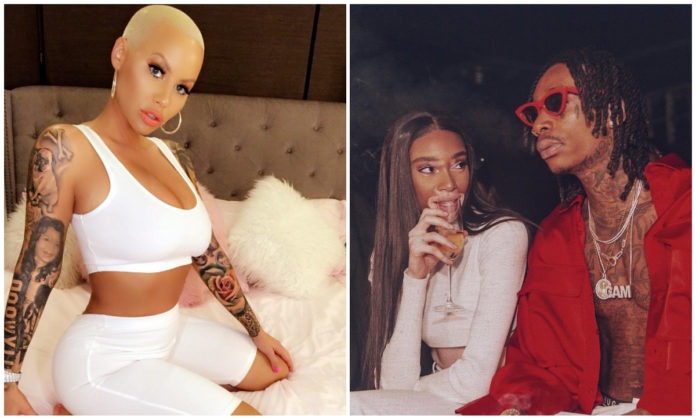 Wiz Khalifa and model Winnie Harlow have reportedly hooked up, and the rapper’s ex Amber Rose is here for it.

Last night, the Black & Yellow rapper posted a photo of him and Winnie on Instagram alongside heart emojis – and now rumours are rife that the pair are dating.

The pair both attended the Hugo Boss Fashion Show in Berlin on Thursday, and fans think they make quite the couple – including Wiz’ ex Amber Rose, who he shares a son with.

Looks like #AmberRose is here for #WinnieHarlow being Bash’s stepmom!

The exes married in 2013 and had one son together, Sebastian, before splitting a year and a half later.

The former couple’s divorce was finalised in 2016, but the pair have remained friendly, and they share joint custody of Sebastian.