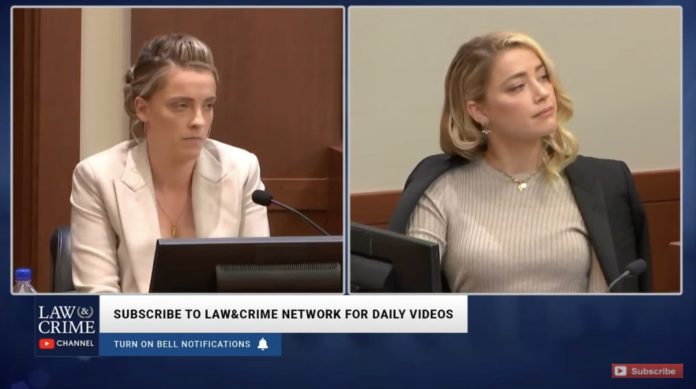 WARNING: This article contains allegations of physical violence that some readers may find distressing.

Amber Heard ended her court testimony on Tuesday in the defamation suit brought against her by Johnny Depp.

On Wednesday, the actress’ sister Whitney Henriquez was called to the witness stand, where she detailed the alleged abuse she witnessed during the former couple’s relationship. 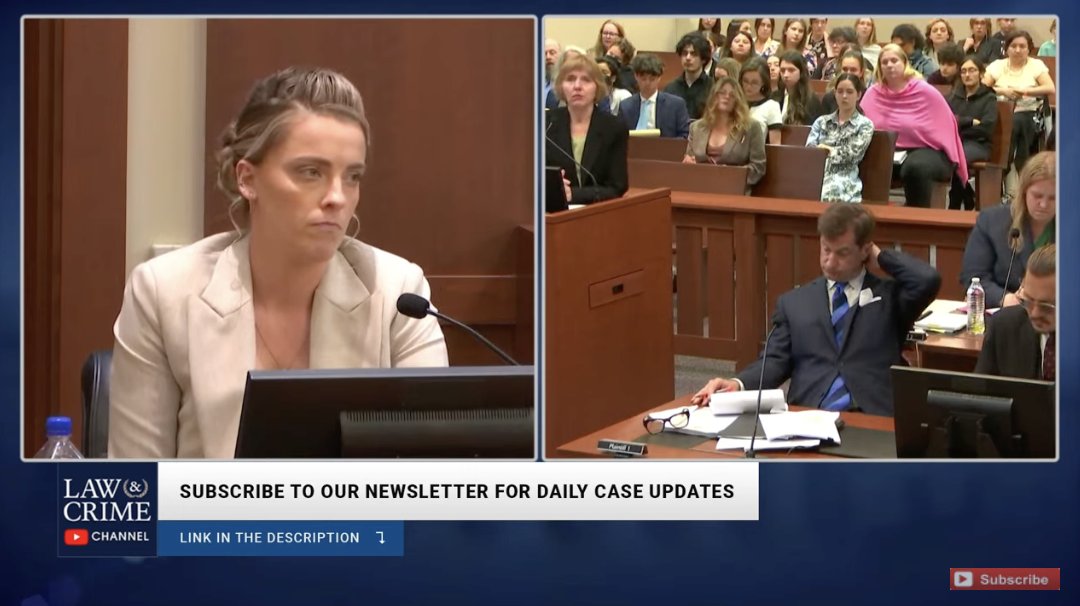 Whitney testified that their family initially loved Johnny, who she described as a “bright and beautiful” person when he was sober.

However, she said things changed when she noticed her sister deteriorate over the course of their relationship.

“It was just a progression… so slow, in hindsight it’s like watching a slow motion gunshot,” she said.

Towards the end of their relationship, Whitney claimed Amber was “so physically unwell.”

“She really weighed like 100 pounds soaking wet. She was emaciated, she wasn’t sleeping… she just looked different.”

During her court testimony on Wednesday, Whitney recounted an alleged argument between Amber and Johnny in March 2015, which she was present for.

Whitney was living with the couple at the time, and said Amber woke her in the middle of the night and expressed concerns that Johnny was cheating on her.

She then went to speak to Johnny, who initially denied having affair, before he allegedly said, “Amber made me do it … of course I’m cheating.”

The incident led to an alleged violent fight between the couple, who she said were hurling insults at each other.

Amber’s sister testified that the actor then threw a can of Red Bull at Lloyd’s back, which she didn’t seem to notice.

Whitney told the court: “I’m at the back of the stairs, with my back to the stairs, and that’s when Johnny runs up the stairs. And again, I’m facing Amber.”

WATCH: Henriquez describes the incident where, she says, Depp hit her and pushed clothing racks down the stairs. “It was completely destroyed,” she testifies.#JohnnyDepp #AmberHeard @LawCrimeNetwork pic.twitter.com/DcRIUvXTHT

Whitney said the situation escalated and Amber then smacked Johnny, who then “grabbed Amber by the hair”.

Whitney alleged Johnny grabbed her sister by the hair with one hand, and was “whacking her repeatedly in the face with the other”.

After the pair were pulled apart, Whitney said she brought Amber into a room and locked the door, where she allegedly heard Johnny cursing and smashing items in the apartment.

The next morning, Whitney said Amber’s closet was “completely destroyed”.

Amber’s sister also testified that Johnny asked her to sign a non-disclosure agreement after the alleged incident, but she refused.