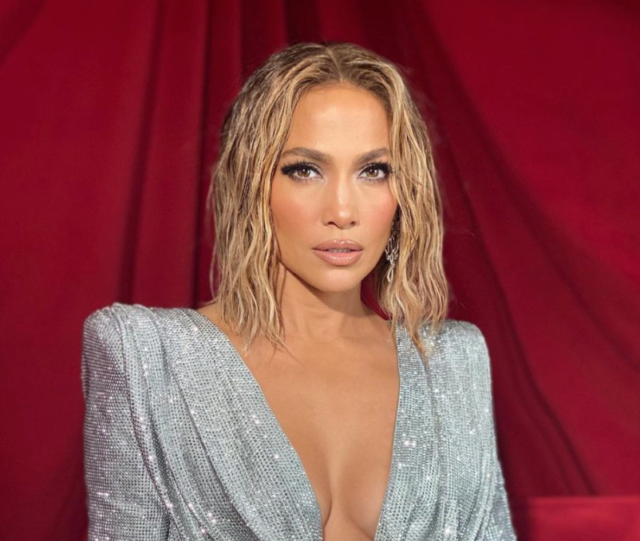 Launching on January 1st at JLoBeauty.com and January 14th at Sephora and Amazon, the songstress will debut eight products in total.

Speaking to PEOPLE about her new brand, the 51-year-old said: “I think I’ve been thinking about it for about 20 years.”

“Everywhere I went, I felt like everybody was always asking me about my skin. And as I got more mature, the questions came more often,” she continued.

“It was actually very nice, but I realized that it was almost like an obligation. Like I had to put out a skincare line for everybody who was asking.”

“The past three years, we’ve been working on the products, but we finally got them right. I think I drove everybody a little bit crazy because I didn’t want to put my name on anything that didn’t work or wasn’t exactly what I wanted it to be.”

“The hero ingredient and the basis of the line was kind of a secret that my mom and aunt had from a very young age, which is olive oil.”

“It’s nature’s secret ingredient which we don’t use enough of. They would use it on their skin and on their body, their face and their hair to get like a glow and to highly hydrate and moisturize.”

Speaking about including a supplement in her range, Jennifer added: “One of the things I learned is that inflammation and dehydration cause ageing.

“I take these supplements to attack the inflammation from the inside. The ingredients help fight oxidative stress. I want it to be a big part of people’s skincare routines.”