How to achieve the perfect ‘passport makeup’ 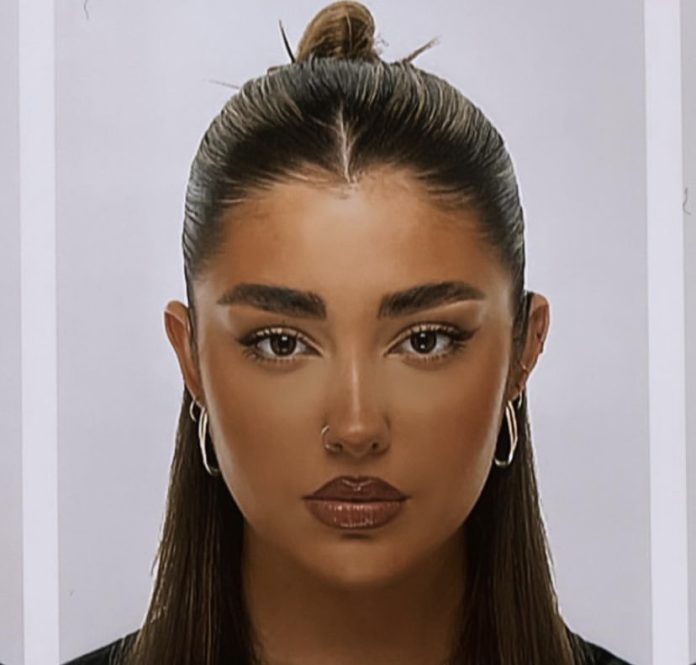 TikTok star Georgia Barratt has gone viral with a video tutorial of her perfect “passport makeup”.

According to the beauty guru, the secret to recreating her viral hack is to achieve perfect facial symmetry through contouring and highlighting.

Georgia begins by glueing her eyebrows down, dragging them upwards and slightly outwards towards her temples to create a more lifted effect, adding that she “squares them off” at the front.

@georgia.barratt Reply to @petassnym yes I’ve got as it was on repeat the whole way through #xyzbca #beauty #makeup ♬ original sound – georgia barratt

After skincare, she uses a hydrating primer to give her a “glowy” base.

Next, she uses foundation and concealer normally, and follows this up with a lighter concealer to carve out her eyebrows – making them as symmetrical as possible, which she dubs “an important step”.

Georgia states she cream contours “OTT”, carving out her face at her temples, towards the tops of her cheekbones, her chin and the bottom of her nose.

The TikTok star then sucks in her cheeks and follows the hollows, ending her contouring routine by lifting her eyes by following the natural contour on their outer end.

She uses a “really light” concealer between her brows, and in the corners of her eyes.

Georgia uses a little blush on the top of her cheekbones, and finishes with a bit of concealer under her contoured cheekbones, further sculpting them.

Using a beauty blender, she pushes powder into the skin under her eyes to “get rid of bags”.

The beauty then uses bronzer on all the places that she used cream contour, and concludes her base routine by baking under her eyes, around her nose and under her cheekbones.

Georgia tries to achieve a “fox eye look” by using a brown eyeliner to create a tiny wing, which should look like “another eyelash”, and a tiny inner corner to “elongate the eye”.

Her final tips are to use mascara, with most of the focus on the outer corner of the eye, and to majorly overline the lips.

Georgia’s original video, which shows her passport photo has accumulated 160.5K likes, however, the tutorial for her look has gained 1.3 million.

5 of the BEST Zara perfume dupes