4 Irish Makeup Artists You Need To Follow This Halloween 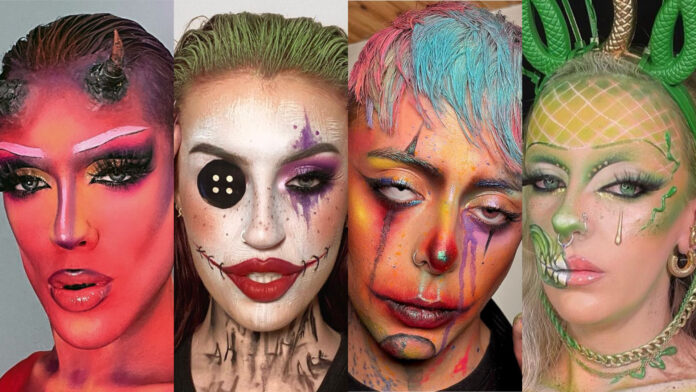 The countdown to Halloween is on, so it’s time to start practicing your makeup look.

Whether you’re opting for a scary or more glam costume this spooky season, these talented Irish makeup artists are sure to inspire you with their impressive looks.

Keilidh Cashell is the QUEEN of Halloween makeup.

The makeup artist and social media star, who has 564K followers on Instagram, creates ‘Freak Week’ looks every day in the lead up to October 31.

So far, the KASH Beauty creator has transformed herself into a Forest Fairy, a Glam Ghoul, Nanny McPhee and a Joker/Coraline hybrid.

You may recognise Niall Casey from your TV screens, as he made it to the final of the first season of Glow Up Ireland last year.

The Kerry native has over 94.2K followers on Instagram, and is always sharing cool and creative makeup looks with them.

The fashion student transformed Irish influencer James Kavanagh into ‘Chanel Marge’ for Halloween, and fans have been LOVING the look.

Shannon Healy is another face you might recognise from TV, as she appeared on series one of MakeUp Allstars.

The up-and-coming star has over 6k followers on Instagram, and her Halloween looks in recent weeks have been EPIC.

From creepy clowns to Marvel characters, Shannon’s account is a must-follow for Halloween makeup inspo.

Another makeup artist who is on the up and up is Cian Macken, who is known by his social media handle @cakedwcian.

The Charlotte Tilbury makeup artist creates stunning glam looks all year round, and gets creative with colours during spooky season.

Cian has so far transformed himself into Frankenstein and The Devil, and also created cool Skull and Clown looks.

This is the super affordable skincare product celebrities swear by

This is the perfume Princess Diana wore on her wedding day