The Most Shocking Break Ups of 2017 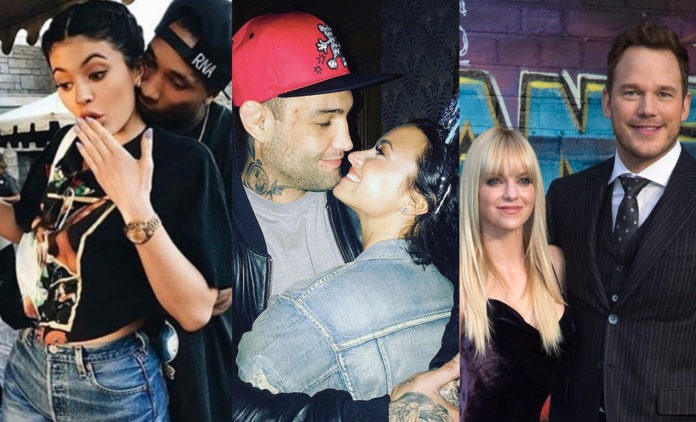 It’s been a year of ups and downs in Hollywood, but one thing’s for sure, 2017 brought a lot of break ups.

From Kylie Jenner and Tyga’s relationship finally coming to an end, to some of our favourite actors splitting for good – there has been a lot of heart break.

Check out our most shocking splits from 2017:

Kylie and Tyga called it quits early this year after two years together.

A source told PEOPLE magazine there was still hope for the two to get back together.

“They tend to take little breaks all the time and then get back together. It’s definitely possible they’ll work things out again.”

However, it looks like the source was wrong, as Kylie is now dating Travis Scott, and they are rumoured to be expecting a baby together.

Selena Gomez and The Weeknd

The two musicians called it off after 10 months together. They were first together back in January.

The couple seemed to be getting serious as they temporarily rented an apartment together in New York in September but then shortly after they ended things.

Selena has now reportedly got back with her ex Justin Bieber, and the two have been spotted together a number of times in the past month.

After 8 years together, the the singer and actor released a joint statement announcing their split. The couples statement was released to E! News in September.

“With absolute love and respect we decided to separate as a couple earlier this year. To give our family the best opportunity to adjust, we wanted to keep this a private matter before sharing it with the public.

“We are and will always be united in our support of each other and our family.”

After 8 years of marriage, Anna Faris and Chris Pratt shocked everyone by announcing their separation back in August.

“Anna and I are sad to announce we are legally separating. We tried hard for a long time, and we’re really disappointed. Our son has two parents who love him very much and for his sake we want to keep this situation as private as possible moving forward.”

The statement continued, “We still have love for each other, will always cherish our time together and continue to have the deepest respect for one another.” The two signed with both names at the end of it.”

This break up news really broke our hearts!

After a dramatic relationship, the once engaged couple split for good in March. The couple broke up numerous times throughout their relationship.

The couple did have a reality TV show together, which did not get picked up for the second season.

The couple went to war on social media in July. Rob took to his Twitter and accused Blac Chyna of cheating. This led to Chyna suing Rob and his family. The legal battle is still ongoing.

Mel B and Stephen Belafonte

After 10 years together, the Spice Girl filed for divorce from her husband in March this year citing ‘irreconcilable differences’ and claimed domestic abuse.

After filing for divorce, Mel B sought a restraining order against Stephen and her former nanny Lorraine Gilles.

It’s now been reported that Mel is being forced to pay Stephen almost half a million in spousal support.

After many break up rumours, Nicki started off her New Year confirming that the two had split.

The rapper took to her Instagram to say, “To confirm, yes I am single. Focusing on my work & looking forward to sharing it with you guys really soon. Have a blessed New Year. Love u.”

After five months together, Amber Rose split from her Dancing With The Stars partner.

Rumours started after Chmerkovskiy took to his Twitter to write some suspicious tweets, after Amber was seen kissing her ex-fiance Wiz Khalifa at a pre Grammy event.

Amber shared that the relationship ended “due to our own personal reasons.”

Davina McCall and husband Matthew Robertson split up this year after 17 years of marriage.
Davina told the Telegraph, “Our amazing children are our number one priority, above everything else so therefore we ask for as much space and respect from the media as possible while our family goes through this difficult time.”

J-Law and her director boyfriend reportedly split in late October. The former couple met on the set of “Mother!”

Sources confirmed that will “remain friends”, and claimed that they split due to their considerable age gap. 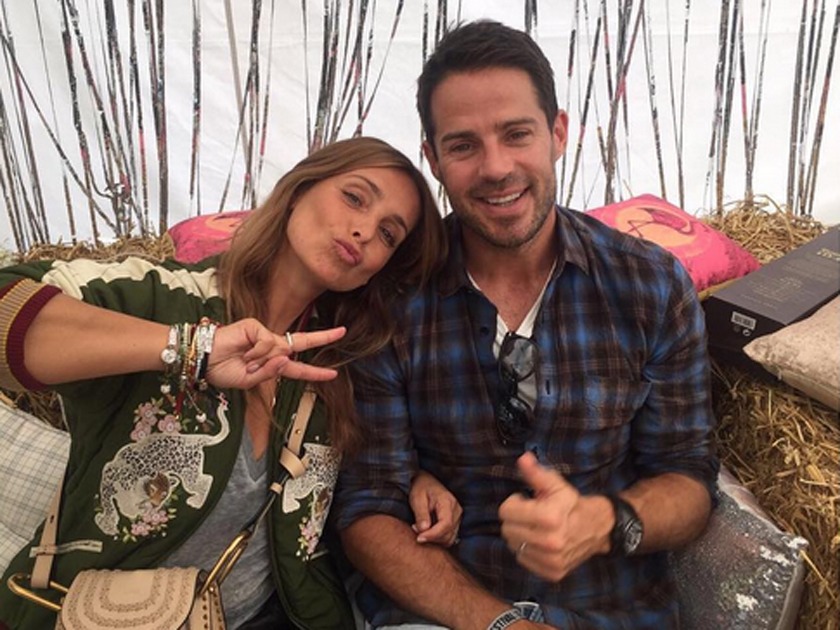 Louise and Jamie Rednapp have reportedly parted ways after 18 years of marriage.

Rumours had been circulating ever since Louise appeared on Strictly Come Dancing.

A source told The Sun, “Louise told one of her closest friends she and Jamie had split. She mentioned how much time they had spent apart and that when she and Jamie had tried to spend time together, it hadn’t been good.”

Demi Lovato and Guilherme Vasconcelos’s relationship ended in May after less than a year.

The couple just seemed to be getting really serious before they decided to split in May.

Demi previously dated Wilmer Valderrama, and admitted in her recent documentary that she will always love him.

The couple were married for 22 years.

Ewan has since been spotted out and about with Mary Elizabeth.

Fans were worried about the couple, when photos circulated of her boyfriend Vito Schnabel cuddling up to another woman over the summer.

The couple defied rumors by continuing to pack on the PDA, but they eventually confirmed that they had parted way. 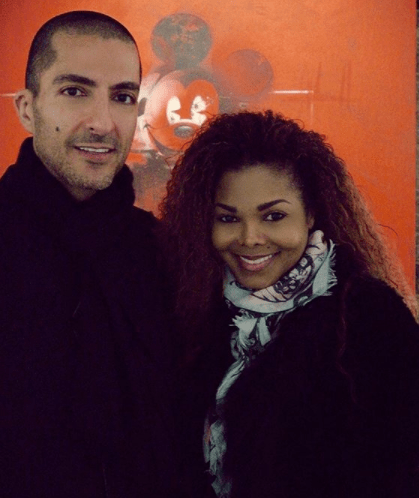 The former couple welcomed their baby boy Eissa in January, but just three months later, the couple announced they had split. 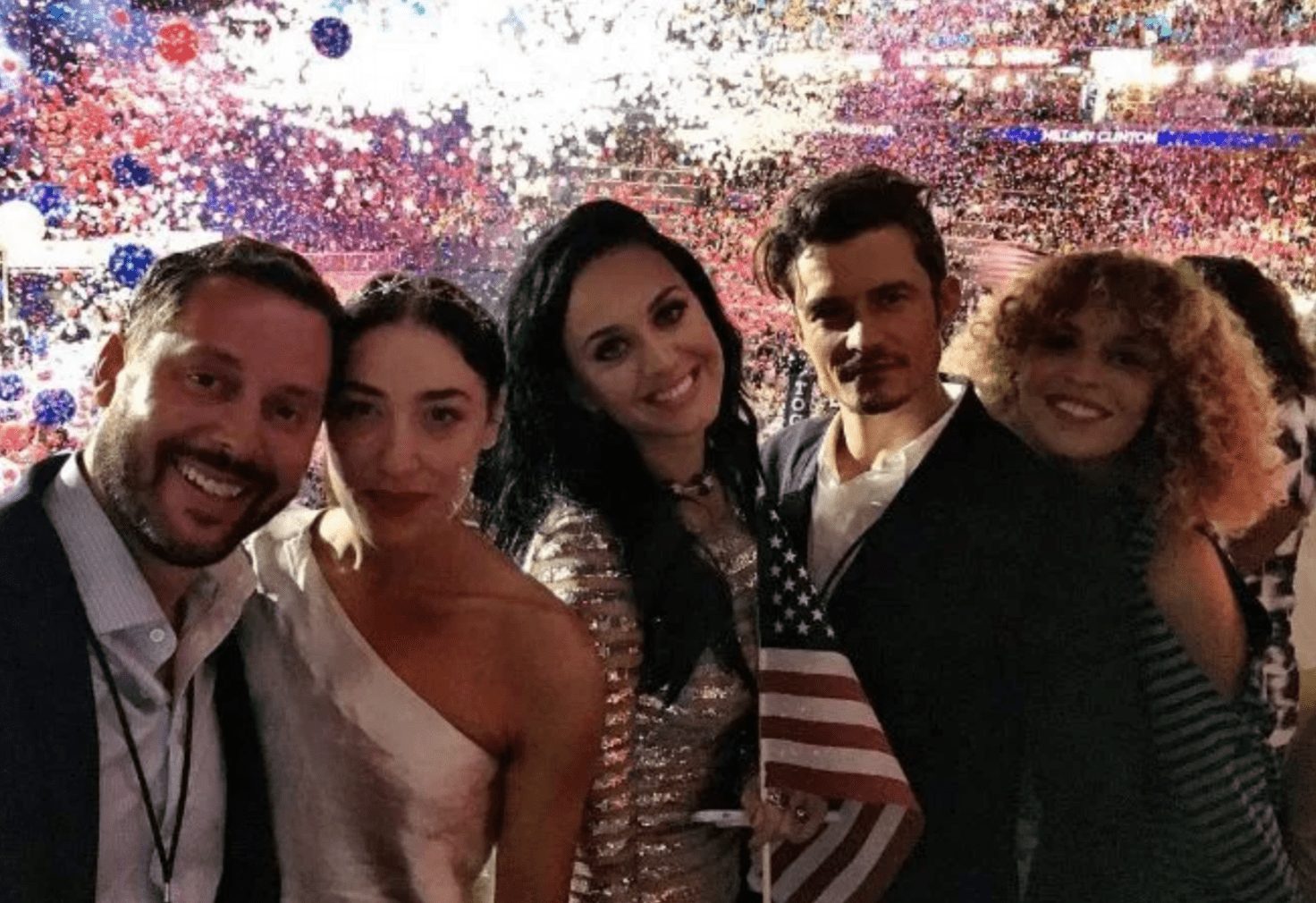 Katy Perry and Orlando Bloom split after being together more than a year.

The couple seemed all loved up at the Vanity Fair Oscar Party in February, but they confirmed their split just a few days later.

Sarah Hyland and Dominic Sherwood ended their relationship in August after two years together.

Sarah did not waste any time, and ever since Halloween, she has not been shy about her new romance with ‘Bachelorette’ star Wells Adams.

The Hills star split from Australian husband Corey Bohan, alleging both emotional and physical abuse.
Audrina was granted a temporary restraining order against her husband in mid September.  She also claimed in court documents that he was suicidal and she worried he could abduct their daughter Kirra and take her to Australia.
The court decided there was not enough evidence to prosecute Bohan. The two finally reached a custody settlement for their daughter.
Ad
Share
Facebook
Twitter
Pinterest
WhatsApp
December 25, 2017