Model Roz Purcell is about to cause a lot more controversy with her new jewellery ad campaign.

The AR beauty posed for Newbridge Silverwear already, but the ad was banned for being too racy.

Now the Tipperary model is back working for the company with the same stylist as last time, Courtney Smith.

The Xpose fashionista posted this picture on her Twitter page today, writing:

“So if you thought last years @newbridgesilver shoot was controversial then your in for a surprise this season!”

Roz is seen posing in a soft dressing gown with a bottle of Durex lubricant Play, which can also be used as massage oil.

It comes after Roz’s boyfriend Bressie warned the pair not to make the ad too racy. 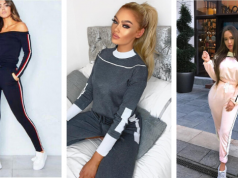