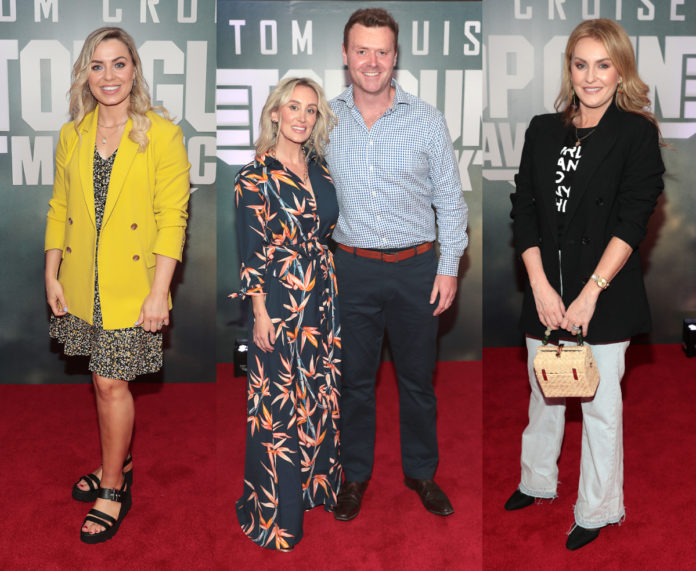 A host of well-known faces stepped out for the Irish premiere of Top Gun: Maverick on Saturday evening.

Kodaline’s Steve Garrigan was also snapped on the red carpet with his longterm girlfriend Diana Bunici.

The movie, which is the sequel to the 1986 film Top Gun, sees Tom Cruise reprise his role as Pete “Maverick” Mitchell.

After more than 30 years of service as one of the Navy’s top aviators, Maverick is where he belongs, pushing the envelope as a courageous test pilot and dodging the advancement in rank that would ground him.

Training a detachment of graduates for a special assignment, Maverick must confront the ghosts of his past and his deepest fears, culminating in a mission that demands the ultimate sacrifice from those who choose to fly it.

Guests arrived at a VIP drinks reception prior to the screening, and judging by the reaction afterwards, Top Gun :Maverick is a must-see this summer.

PICS: Well-known faces step out for the opening night of Andrew Lloyd Webber’s School of Rock

PICS: Irish stars step out at exclusive screening of Elvis ahead of this Friday’s release