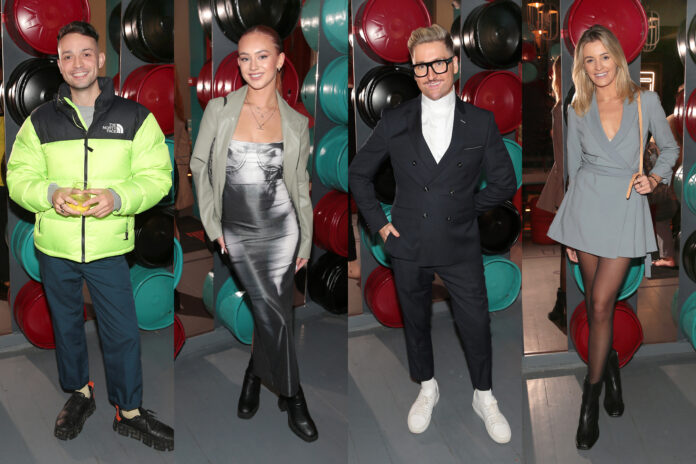 A host of well-known faces stepped out at the launch of the brand new Dublin bar Tapped.

The late bar re-opened in the landmark Dublin venue formerly known as the Porterhouse Central of Nassau Street.

The new sustainability-focused bar, who have the highest number of taps in Ireland with over 50 on site, specialises in local and international craft beer, organic and sustainable wine, and their very own kegged cocktails on tap.

Tapped is also partnered with Dublin Pizza Company and will regularly host some of Dublin’s best DJs.

The Dublin landmark was once Judge Roy Beans, before re-branding as Porterhouse Central back in 2004.

After two years of brainstorming and creating a unique new concept, The Group re-opened the venue last month as Tapped, which is a complete rethink, redesign and rebuild.

Tapped is the only bar that can boast an entrance on Grafton Street, with another entrance on Nassau Street – arguably making it the most superlatively situated bar in Ireland.

PICS: Stars line out for the opening night of Christmas in the Courtyard

PICS: Irish stars show their support at the launch of Women’s Aid’s new Too Into You website

PICS: Inside the launch of Lorraine Keane’s new tanning cream with BeautiEdit