Niall Horan has been catching the eye of plenty American songstresses as of late, but this time it’s US girlband Fifth Harmony who are gushing over him.

The girl group, who were formed on the X Factor USA, recently met the Mullingar man and his bandmate Louis Tomlinson in London, and they had nothing but good things to say about our Niall.

”I would say Niall’s like a good homey. He’s very chilled. We hung out with him and Louis,” band member Dinah told BANG Showbiz.

Ladies Man: Niall has been attracting a lot of female attention lately

“They’re both very cool I would say, super awesome. I love those boys.”

Despite the compliments, Niall is reportedly already pretty smitten with another US popstar, having been spotted on a string of dates with Selena Gomez.

The Good For You songstress even jetted into London from the US to support the 1D star during his final X Factor performance with the band.

For now, Niall has been enjoying a boozy Christmas at home in Mullingar, hanging out with fellow Irish musician Bressie enjoying pints in their local with pals. 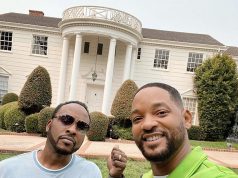 Electric Picnic director opens up about the 2021 rescheduled festival