Liam Payne has fled to Italy after his public break up with Cheryl Cole.

The singer has posted a series of smiley pictures to his Instagram showing him relaxing at in Italy’s Lake Como.

The vacation spot is a favorite for some of the biggest A-listers, including George Clooney.

It appears Payne may be doing a photo shoot for Dolce & Gabbana after tagging the designer in three of his luxurious pics.

While Liam is sunning himself in the European city, Cheryl has been spotted filming around Dublin.

Liam and his ex Cheryl released statements on July 1st announcing their split.

The two met in 2008 when the One Direction star initially tried out for the X-Factor.

Congratulations to all the nominees and winners #Brits ☺❤

Liam has already moved out of their shared home in Surrey, England but recently told People Magazine that he wants his son, Bear, to have a stable home life.

He then admitted that he would never bring Bear on the road with him and emphasized the importance of a child’s bond with their mother.

“Babies want their mum; I would never have wanted to get in the way of that,” Payne said.

On Wednesday 22nd March Liam and I became parents to an incredibly beautiful, healthy baby boy, weighing 7lb 9 and looking like a dream. Although he still doesn’t have a name he is already stealing hearts. We are all madly in love and overwhelmingly happy with our little arrival. Happy Mother’s Day to all the mothers around the world. A day that now has a different meaning to me forever 💙 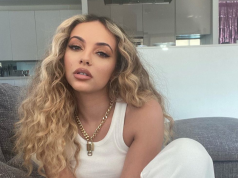 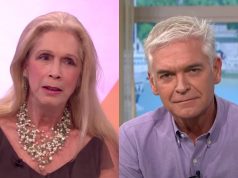