Model Aoife Walsh has revealed she was forced to keep her Newbridge Silverware campaign a secret.

The Tipperary beauty was unveiled as the new face of their Guinness campaign last night, after Goss.ie exclusively revealed she had landed the incredible campaign.

Speaking to Goss.ie Aoife, 25, admitted she had to keep the stunning campaign a secret, and couldn’t even tell her closet friends.

“I actually shot the entire campaign back in November, ” Aoife revealed.

Stunning: Aoife is the perfect choice for Guinness and Newbridge | ROBBIE REYNOLDS

“It was so hard but I had to keep it a complete secret, I couldn’t tell anyone. It’s such a big campaign so it couldn’t get out.

“I am so honoured to be the face of the campaign and honestly it’s still so surreal now,” she told Goss.ie.

Speaking at the launch of the new range at Dublin’s Guinness Storehouse, Aoife added that her family are so proud of her.

“It’s such a big deal for me and my family. My sister was out in Blanchard’s Town Shopping Centre and there’s pictures of my everywhere.

“The neckace I was wearing in the photo was completely sold out when she went inside, it’s all a bit crazy,” she said.

Aoife is now on posters and billboards across the country, as well as covering the brand new Newbridge Silverwear catalogue. 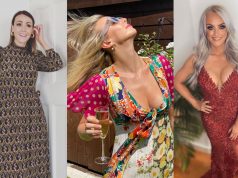 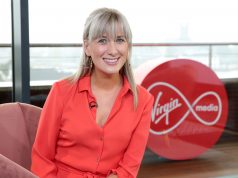