Skirt and top from Warehouse

It was days before the Miss Ireland 2013 competition, and she was so unsure she woudn’t make the final she had booked a holiday for the morning after the competition.

“I never thought I would win. I had my bags packed with me in the hotel, I was flying out to Croatia the next morning with my friends.

“And then I won and my entire life changed,” Aoife told Goss.ie.

One year later Aoife, 24, is a fully fledged beauty queen, and one of Ireland’s top models.

The red-head has just left popular modelling agency Assets for Andrea Roche, who she says will help her in the next chapter of her career.

“I am finishing up my reign as miss Ireland now and I decided it was time for a change.

“Andrea is also from Tipperary so I’m keeping it country,” she smiled.

Next week Aoife will hand over her emerald encrusted crown to a new girl, another young beauty hoping to make her mark in the Miss world competition.

While previous winners such as Holly Carpenter and Emma Waldron have focused on a career in Ireland, Aoife is looking to make a name for herself worldwide.

After working in China this summer, Aoife says she would like to move there next year for a trial period and sign with a Chinese modelling agency.

“I was talking to a lot of agencies over there and a lot of them do want me to live in China.

“But at the time my job was to be Miss Ireland, I had commitments here, so I couldn’t,” she said.

Top and skirt from Oasis, necklace from Penneys

“I’m going to go out there for a trial period of two or three months and see, why not?”

“I would really miss my family, we’re a really close knit family, but I have to go out there and follow my dreams.”

And she’s not just sticking to modelling. Aoife revealed she will be making a TV documentary, which will follow her modelling career.

“I’m going to be doing a fly-on-the-wall documentary when I go back. I’m hoping to go back in October or November.

Top and skirt from Oasis, necklace from Penneys

“There’s such a massive market over in China, it has to be tapped into,” she told Goss.ie.

Aoife added that she hopes to break into the TV market in Ireland as well.

“I definitely want to get into TV and TV presenting. China will be a great way to get started with the documentary.

“It’s a path I’ve always wanted to take, and now I’m taking a break from teaching to focus on new things. It’s the right time,” she said.

While Aoife is focused on becoming a name in the modelling industry, one thing she isn’t interested in right now is settling down.

The Tipperary beauty, who is a catch with her stunning looks and three degrees under her wing, said she is happy to wait for her happy ever after.

“I’m single. Definitely I’ve massive flexibility because I’m single. The past year I’ve really been working on being Miss Ireland, I was so busy.

“I just never really got the chance to go out and date. Here’s hoping someone will come along in the future. I’m open to offers,” she smiled.

But Aoife admitted having a family and settling down is something she dreams of.

“I want the husband, two kids, everything. Absolutely, everyone wants the fairy tale.

“Obviously not now because I’m to young, but I definitely want it all.” 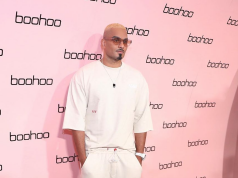