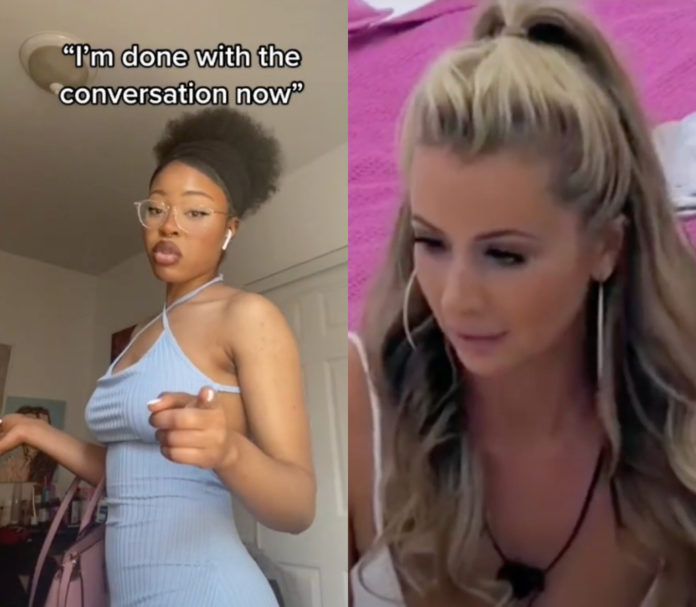 TikTok users are getting creative as they have discovered a new sound from the hit ITV dating show Love Island.

The sound, which can be referred to as “I’m sat”, has allowed users to expose some of their weirdest celebrity crushes.

The sound in question comes from season three of Love Island, when contestants Chris Hughes and Olivia Attwood engaged in a heated discussion.

In the original clip, Olivia can be seen saying: “I’m done with the conversation now.”

Chris replies, “Sit back down,” even though Olivia didn’t stand up, so she naturally replies, “I’m sat.”

TikTok users have put their own spin on the sound by inserting a picture of their celebrity crushes, implying that they are the ones telling them to sit down.

While some users have used notable people such as Cillian Murphy or Robert Pattinson in their videos, others have opted to expose themselves by including cartoon characters.

The trend has blown up on the social media platform with the tag #imsat currently on 18.6 million views and 118 thousand videos and counting.

Take a look at our favourite versions of the trend below:

@_maria_elizondo I expect an angry mob for this take but that’s my man and I’m sticking to it. #manray #spongebob #nickalodeon #greenscreen ♬ original sound – 22Funnier_