The Most Memorable Moments From Last Year’s Toy Show 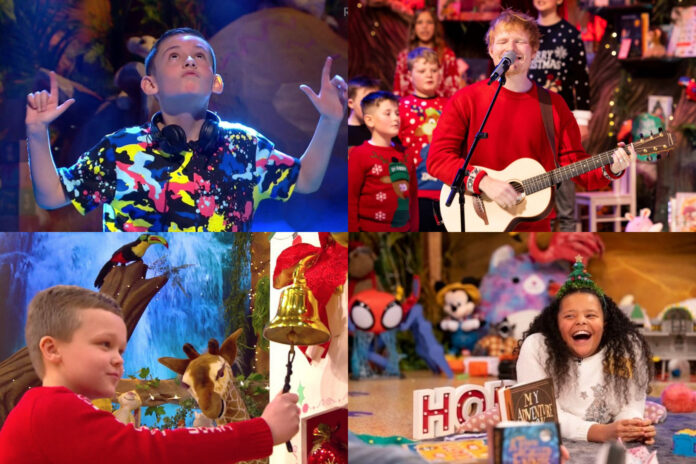 The Late Late Toy returns to our screens this Friday, November 25.

Ahead of the highly anticipated show, we are taking a look back at the most memorable moments from last year’s Christmas special.

From celebrity guest appearances to heartwarming moments with some inspiring children, take a look:

The theme of last year’s Toy Show was The Lion King.

Host Ryan Tubridy dressed up as Timon from the popular Disney movie, and was joined by a group of talented children as they performed ‘Hakuna Makata’ for the opening number.

She was quizzed on different dinosaur toys in a rapid-fire question round, and she confidently answered them all correctly.

DJ Calum and his little brother/hype man Jackson kept the audience and viewers at home throughout last year’s Toy Show with their music set.

In a heartwarming moment, Ryan then surprised Calum with some new DJ equipment – leaving him in tears.

We were all in floods of tears after this Toy Show moment.

Finn got the all-clear from cancer during the Covid-19 pandemic, but didn’t get to celebrate the moment properly because of hospital restrictions in place at the time.

He finally got to ring the bell on cancer during the Toy Show, and was later surprised with a trip to Legoland in Denmark with his family.

Hang the Toy Show in the Louvre immediately pic.twitter.com/Fo8uIHs6gE

DJ Calum was ALL of us watching Fergal’s incredible performance on the Toy Show.

The talented child wowed the audience with a rendition of Ava Marie, leaving DJ Calum shook.

His reaction was iconic!

She gave them a pair of signed gloves and Olympic vests, and also visited their school to give the girls a boxing lesson.

Toy Show star Isabella, whose mother Claire who carer of the year for Co Clare last year, told Ryan about how much she would love to visit Paris.

In another emotional moment, the young girl and her family were surprised with a well-deserved trip to Disneyland Paris.

Its not everyday you get to sing with Ed Sheeran 🤩#LateLateToyShow pic.twitter.com/Aqa7NyS6dH

The singer performed with a fan, and also posed for photos with all the Toy Show stars.

This was definitely an unforgettable moment!